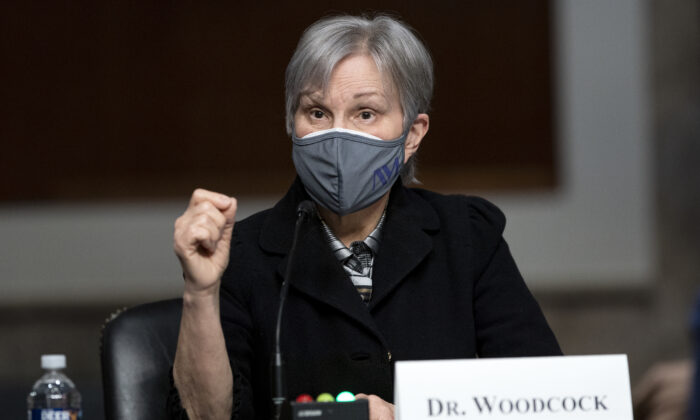 The Food and Drug Administration (FDA) has restored to its website a document that outlines why it approved Moderna’s COVID-19 vaccine, days after the regulatory agency pulled the 30-page file offline after receiving questions about it from The Epoch Times.

No explanation has been given for why the document vanished hours after the questions were sent, although the removal triggered pushback from the National Vaccine Information Center and multiple members of Congress.

“The coincidental removal of the approval documents for the Moderna vaccine is another massive blow to the credibility of the FDA, and I call on the agency to release this document immediately,” Rep. Byron Donalds (R-Fla.), a member of the House Oversight Committee, told The Epoch Times via email on Feb. 4.

The document in question is called the Summary Basis for Regulatory Action (SBRA) and was made public on Feb. 1, one day after the FDA approved Moderna’s jab without consulting its expert advisory panel.

After The Epoch Times sent questions about critical portions of the document, it disappeared from the agency’s website. It popped back up after multiple emails and phone calls from The Epoch Times.

Spokespersons have declined to explain what happened.

The document includes the highest government estimate yet for post-vaccination heart inflammation cases. An FDA meta-analysis of data from four health care claims databases estimated that, among males aged 18 to 25, the rate of myocarditis following Moderna’s primary series was 148 per million males vaccinated. Myocarditis is a form of heart inflammation that can lead to death, although most cases don’t.

To date, the FDA has declined to provide a copy of the meta-analysis or a copy of another document referred to in the SBRA, a quantitative, age-stratified benefit-risk analysis in males 18 and older to evaluate the benefits and risks of Moderna’s vaccine.

At least one portion of the document was altered before it was restored online.

The initial version of the SBRA said that a scheduled communication and a scheduled meeting between regulators and Moderna were canceled, but it didn’t explain why. The updated version says Moderna canceled the meetings.

The Epoch Times had asked about the cancellations.

The Epoch Times has submitted Freedom of Information Act requests for the meta-analysis, the other analysis, the original SBRA, and communications regarding the document.

The situation surrounding the document wasn’t mentioned by an FDA official who alerted the Centers for Disease Control and Prevention’s (CDC) expert advisory panel on Feb. 5 about the agency’s approval of Moderna’s vaccine, nor were members apprised of either FDA analysis.

The panel mostly heard presentations from the CDC regarding the vaccine. Those presentations included safety analyses that pegged the rate of post-vaccination heart inflammation as lower than the FDA’s meta-analysis found.

Panel members unanimously recommended that adults aged 18 and older get the vaccine.