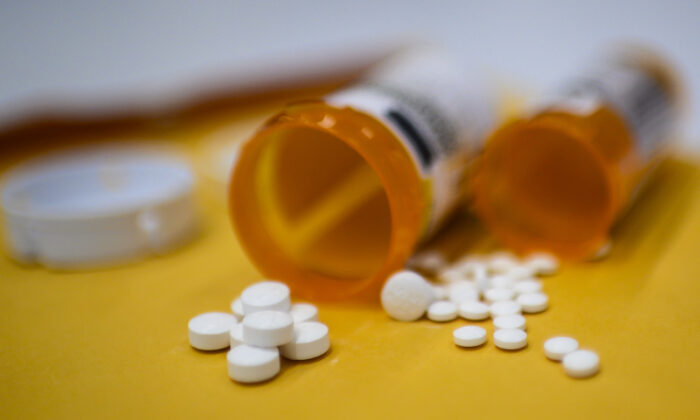 The Food and Drug Administration (FDA) will not be issuing new contracts to the consulting firm McKinsey and Co. amid an investigation into potential conflicts of interest, a top official has confirmed.

The U.S. House Oversight Committee is currently investigating McKinsey over allegations that it was working for the U.S. government on issues relating to the opioid epidemic while at the same time working for opioid companies, including Purdue Pharma.

During a Senate hearing on Tuesday, a top FDA official was questioned by Senator Maggie Hassan (D-N.H.) as to whether or not the federal agency would suspend current or future contracts with the management consulting firm.

In response, the official confirmed that no further contracts would be issued to the company pending the results of the investigation.

“The Center for Drugs currently does not have a contract with McKinsey and across FDA,” said Patrizia Cavazzoni, director of the Center for Drug Evaluation and Research for the FDA. “We anticipate that further contracts will not be issued pending the outcome of the investigations.”

McKinsey has been accused by the U.S. House Oversight Committee of having engaged in a “serious conflict of interest” when at least 22 of its consultants, including senior partners, worked for both the FDA and opioid manufacturers, at times simultaneously.

In an April 13 report (pdf), committee members alleged that McKinsey had “failed to disclose its serious, longstanding conflicts of interest to FDA, potentially violating contract requirements and federal law.”

In one case detailed in the report, at least four McKinsey consultants were allegedly working for the FDA on improving drug safety while also working for the privately held U.S. pharmaceutical company and opioid manufacturer, Purdue Pharma.

The committee said that Purdue Pharma, “explicitly tasked McKinsey with providing advice on how to influence the regulatory decisions of the U.S. Food and Drug Administration (FDA), another McKinsey client,” according to the report.

Hassan said it “strains credulity to think that nobody at the FDA involved with McKinsey” between that time period “had any idea that the company had major potential conflicts of interest based on news reports in major publications.”

“How is the FDA adjusting its contracting processes going forward to ensure that it is aware of publicly reported information about apparent conflicts of interest with major companies to which it is awarding tens of millions of dollars in contracts?” Senator Hassan said.

“As I indicated earlier, we follow contracting regulations that apply across the entire U.S. government, including other agencies. And we rely on contractors to follow those rules and to inform us of any conflicts of interest,” Cavazzoni responded while dismissing suggestions that the FDA should change its rules regarding conflicts of interest.

McKinsey responded earlier this month to the allegations that it engaged in a conflict of interest, in a statement saying that it had followed the law in its work but acknowledging that it “fell short of the high standards we set for ourselves.”

“We will review the report by the Committee on Oversight and Reform, and will continue to cooperate with the Committee to address further questions,” the statement read.

“We are steadfastly committed to protecting our clients’ confidential information and guarding against conflicts of interest. In the public sector, we are also subject to our government clients’ conflict of interest requirements, and we review conflicts—both actual and potential—accordingly. If potential conflicts cannot be appropriately addressed, we will not do the work.”