FCC Votes to Deny China Mobile Bid to Operate in US 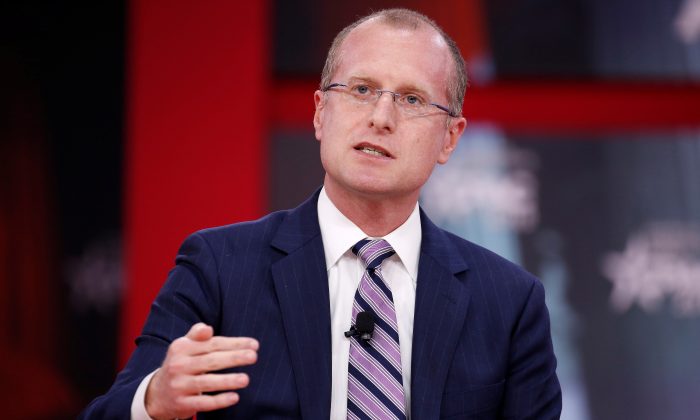 China Mobile, which is owned by the Chinese Communist Party (CCP), sought approval in 2011 to provide interconnection services for phone calls between the United States and other countries. The approval would have given it enhanced access to U.S. telephone lines, fiber-optic cable, cellular networks, and communications satellites.

The FCC voted 5–0 to deny the application, citing risks that the CCP could use the approval to conduct espionage against the U.S. government. China Mobile had not sought approval to provide wireless services to U.S. consumers.

FCC Commissioner Brendan Carr said May 9 that the United States also should take “additional action” and investigate whether to revoke similar prior approvals for other Chinese-owned carriers, including China Unicom and China Telecom Corp, to operate in the United States. The carriers could not be reached for comment.

FCC Chairman Ajit Pai said the commission was “looking” at the authorization for those two companies, but declined to elaborate.

The FCC cited reports that “China Telecom has been hijacking U.S. traffic and redirecting it through China,” Carr noted.

Pai said, “there is a significant risk that the Chinese government would use China Mobile to conduct activities that would seriously jeopardize the national security, law enforcement, and economic interests of the United States.”

Pai added, “the Chinese government could use China Mobile to exploit our telephone network to increase intelligence collection against U.S. government agencies and other sensitive targets that depend on this network.”

FCC Commissioner Geoffrey Starks said May 9 that “the national security environment has changed since those applications were granted” to other Chinese carriers. He said it was a “top priority” to address national security concerns regarding other carriers.

Starks noted that if China Mobile had won approval, it “could even end up carrying the communications of U.S. government agencies” if it offered the least costly path to carry traffic on a particular route.

The vote comes amid a broader U.S. campaign to limit the role of Chinese telecommunications firms in the build-out of 5G networks as Western governments grapple with the national security implications of moving to 5G, which promises to be at least 100 times faster than the current 4G networks.

Pai said the FCC will examine the security of 5G infrastructure and technology. The May 9 announcement came after a bipartisan call from members of Congress.

For more than a year, the White House has been considering an executive order to declare a national emergency that would bar U.S. companies from using telecommunication equipment made by China’s Huawei and ZTE.

Similarly, the FCC has been considering whether to require carriers to remove and replace equipment from companies deemed a national security risk. Pai said he is waiting on the Commerce Department for a list of companies that would be covered by the order.