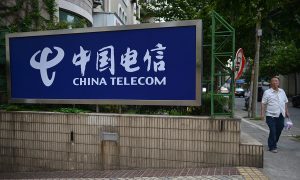 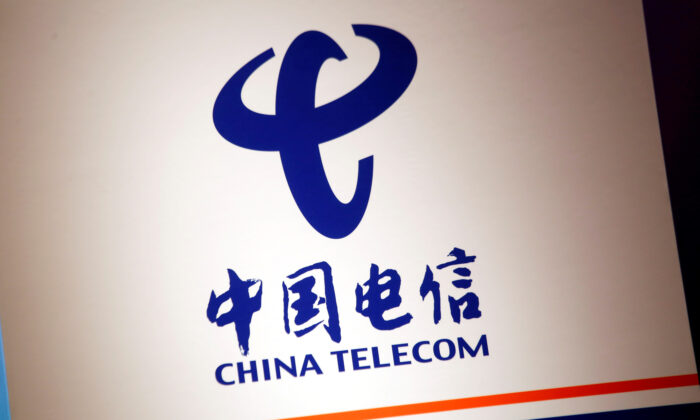 The company logo of China Telecom is displayed at a news conference in Hong Kong, China, on Aug. 20, 2018. (Bobby Yip/Reuters)
US News

WASHINGTON—The U.S. Federal Communications Commission (FCC) said on Thursday it begun the process of revoking China Telecom’s authorization to operate in the United States as it took further steps to crack down on China’s role in U.S. telecommunications.

China Telecom Americas did not have an immediate comment.

The Justice Department and other federal agencies in April called on the FCC to revoke China Telecom’s ability to operate in the United States.

In May 2019, the FCC voted unanimously to deny another state-owned Chinese telecommunications company, China Mobile Ltd, the right to provide services in the United States, citing risks that the Chinese regime could use the approval to conduct espionage against the U.S. government.

The FCC also on Thursday rejected a petition from Huawei Technologies Co Ltd asking the agency to reconsider its decision designating the Chinese company as a U.S. national security threat to communications networks.

The FCC said in June it had formally designated China’s Huawei and ZTE Corp as threats, a declaration that bars U.S. firms from tapping an $8.3 billion government fund to purchase equipment from the companies. The FCC affirmed its ZTE designation last month.