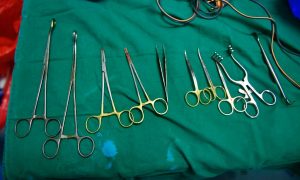 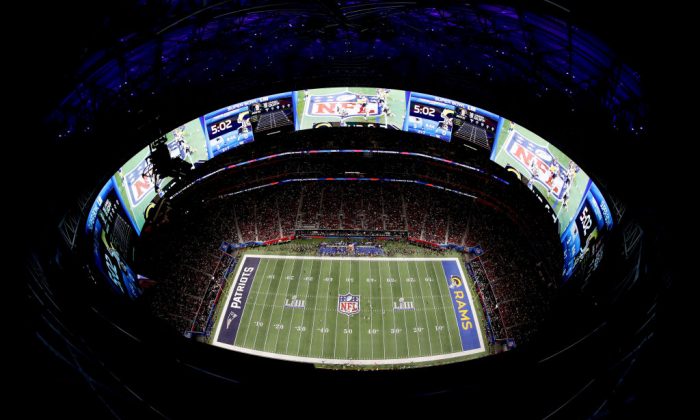 The FBI arrested 169 people during a pre-Super Bowl sting operation targeting human traffickers who in the run-up to the game flooded Atlanta with sex workers.

The bureau said in a press release that an 11-day operation beginning on Jan. 23 resulted in the arrest of 26 alleged traffickers, and 34 people accused of trying to engage in sex acts with minors. Agents also detained nine alleged juvenile sex-trafficking victims as well as nine alleged adult victims.

“The goal of operations such as these is to first and foremost rescue any children or young adults who are victims of sex trafficking,” Dunwoody Chief Billy Grogan told the Atlanta Journal-Constitution. “We also want to remove those profiting from commercial sex trafficking from our streets by putting them in jail.”

The victims were all provided assistance and treatment, the FBI said.

The bureau said in a statement that the overarching aim of the sting was to tackle the threat of sex trafficking head-on.

“The operation’s goal was to raise awareness about sex trafficking by proactively addressing that threat during the Super Bowl and events leading up to the Super Bowl,” the press release read. “Sex trafficking is not just a problem during large-scale events, it is a 365-day-a-year problem in communities all across the country.”

The results are in! Here are the #FBI final results of the #humantrafficking effort leading up to #SuperbowlLIII from our #MATCH #TaskForce. Thank you to all of our partners who contributed in this succes. 😀 pic.twitter.com/ETzEra0uhO

FBI Special Agent Taylor Dervish echoed the bureau’s statement to the press in telling the Atlanta Journal-Constitution that the problem of sex trafficking was both widespread and ongoing.

“Sex trafficking is a problem that occurs every day of the year in every city and in every town in the country,” Dervish said, adding that major events like the Super Bowl bring in a flood of people and money, and along with that—crime.

The undercover sting saw the FBI working alongside Metro Atlanta’s Child Task Force (MATCH) and an additional 25 federal, state, and local enforcement agencies. The bureau said that as part of the operation, it also collaborated with seven nongovernment organizations.

Dervish said arrests were also made in counties in the vicinity of Atlanta as part of the sting.

Sgt. Robert Parsons of the Dunwoody Police Department said that on Tuesday 30 people were arrested for an alleged commercial sex-trafficking operation. Charges brought forward include prostitution, pimping, pandering, as well as trafficking and enticing a child.

Chuck Boring, Cobb County assistant district attorney told the Atlanta Journal-Constitution that human trafficking is a broad concept, and that sex crimes like prostitution are just one of its aspects.

“The definition is wider for human trafficking,” Boring said. “It captures a lot of different activity.”

Human trafficking is the business of stealing victims’ freedom for profit. According to Polaris, a Washington-based nonprofit engaged in the global fight to eradicate modern slavery, said that “in some cases, traffickers trick, defraud, or physically force victims into providing commercial sex.”

“In others, victims are lied to, assaulted, threatened, or manipulated into working under inhumane, illegal, or otherwise unacceptable conditions. It is a multibillion-dollar criminal industry that denies freedom to 24.9 million people around the world.”

The Department of Homeland Security said that human trafficking is second only to drug trafficking as the most profitable form of transnational crime.

People can be trafficked for various forms of exploitation such as forced prostitution, forced labor, and forced organ removal.

Investigative journalist and author Ethan Gutmann was nominated for the 2017 Nobel Peace Prize for his work exposing the mass harvesting of organs in China’s state-run hospitals from practitioners of the traditional spiritual practice Falun Gong.

The updated report was based on “a meticulous examination of the transplant programs of hundreds of hospitals in China, drawing on media reports, official propaganda, medical journals, hospital websites, and a vast amount of deleted websites found in archives,” according to the report’s website.

The report concludes that the number of transplants done in China far exceeds the official numbers and that the main source for the organs is the killing of innocents, primarily Falun Gong practitioners.

Some researchers have described the nearly 20 years of mass killings of Falun Gong practitioners in China as a “cold genocide.”