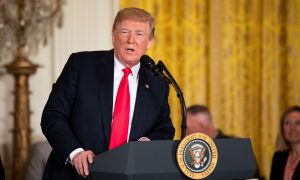 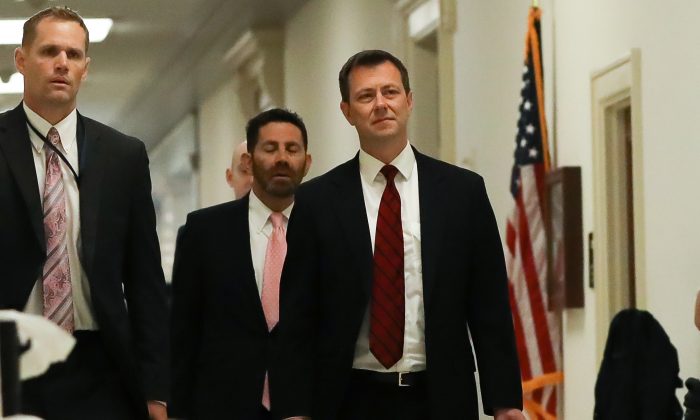 Lawmakers on the House judiciary committee planned to first interview Strzok behind closed doors to address classified matters. A public hearing is expected to follow soon, according to the committee.

Strzok exchanged text messages expressing a strong bias against Trump and in favor of Hillary Clinton while playing a key role in FBI investigations of both candidates during the 2016 presidential election. He was the lead agent on both the probe of Clinton’s use of a private email server for government work and the counterintelligence investigation of alleged ties between the Trump campaign and Russia.

Strzok had an extramarital affair with FBI attorney Lisa Page. The pair exchanged thousands of text messages, many of which revealed their hatred of Trump. Strzok and Page discussed an “insurance policy” in the “unlikely” event that Trump would win the 2016 election.

In the hearing, Strzok argued that his messages were part of a private conversation with Page. Democrats accepted the explanation, while Republicans rejected it.

According to Rep. Mark Meadows (R-N.C.), new information surfaced in the hearing.

“Some new information has come out,” Meadows told Fox2Now, adding that there were “a lot of unanswered questions about who knew what.”

“The hearing of Peter Strzok and the other hating frauds at the FBI & DOJ should be shown to the public on live television, not a closed-door hearing that nobody will see,” the president wrote on Twitter on June 25. “We should expose these people for what they are – there should be total transparency!”

The hearing of Peter Strzok and the other hating frauds at the FBI & DOJ should be shown to the public on live television, not a closed door hearing that nobody will see. We should expose these people for what they are – there should be total transparency!

Strzok was seen smiling as he walked down the corridor to the committee room. Strzok’s attorney, Aitan Goelman, wrote in an editorial for USA Today that his client is a “patriot” who simply “spoke his mind.”

Strzok is one of five FBI officials who expressed political bias against Trump and in favor of Clinton while working on the Clinton email investigation, according to a report by Justice Department Inspector General Michael Horowitz. The inspector general’s team conducted an extensive 17-month review of the FBI’s handling of the Clinton email probe and determined that the biases of Strzok and others “cast a cloud” over the investigation.

“We found that the conduct of these five FBI employees brought discredit to themselves, sowed doubt about the FBI’s handling of the Midyear investigation, and impacted the reputation of the FBI,” the report concluded.

However, Horowitz did not find evidence that the bias impacted key investigative and prosecutorial decisions.

Strzok was escorted out of FBI headquarters on June 15, one day after the release of the inspector general report. Attorney General Jeff Sessions said that Strzok no longer has a security clearance.