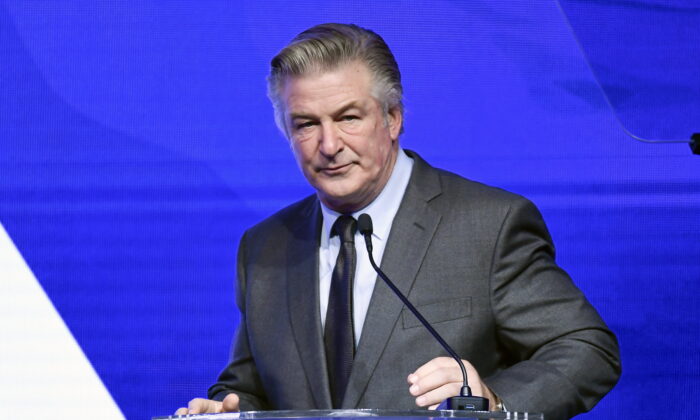 An FBI report into the shooting on the set of the movie “Rust” that killed cinematographer Halyna Hutchins in October 2021 has concluded that the gun couldn’t have been fired without the trigger being pulled.

Hutchins, 42, was fatally shot on Oct. 21, 2021, when actor Alec Baldwin, 63, pointed a .45 Long Colt revolver in the direction of her and director Joel Souza while rehearsing a gunfight scene.

The revolver discharged a live round, killing Hutchins and wounding Souza, 48.

Baldwin has maintained the shooting was an accident and that he didn’t pull the trigger. The actor hasn’t been charged with a crime in connection to the shooting.

However, FBI agents conducted a discharge test of the firearm used in the shooting, and according to their forensic report, which was obtained by ABC News, the gun which delivered the fatal bullet to Hutchins on the New Mexico set couldn’t have been fired without the trigger being physically pulled.

With the hammer in the quarter- and half-cock positions, the gun “could not be made to fire without a pull of the trigger,” the report states.

With the hammer fully cocked, the gun “could not be made to fire without a pull of the trigger while the working internal components were intact and functional,” the report continues.

Furthermore, with the hammer de-cocked on a loaded chamber, the gun was able to detonate a primer “without a pull of the trigger when the hammer was struck directly,” which is normal for this type of revolver, the report states.

‘I Didn’t Pull the Trigger’

The forensic report is part of a criminal investigation into the on-set shooting led by the Santa Fe County Sheriff’s Office. It isn’t clear whether the gun used in the FBI’s report was the exact same firearm that was used during the October shooting or whether it was a similar weapon.

However, the report contradicts Baldwin’s comments regarding the fatal on-set shooting.

In an interview with ABC News in early December, Baldwin said: “The trigger wasn’t pulled. I didn’t pull the trigger,” and that he “let go of the hammer and ‘bang,’ the gun goes off.”

“I would never point a gun at anyone and pull the trigger at them, never,” Baldwin added.

“The critical report is the one from the medical examiner, who concluded that this was a tragic accident,” Luke Nikas, an attorney for Baldwin, said in a statement to ABC News. “This is the third time the New Mexico authorities have found that Alec Baldwin had no authority or knowledge of the allegedly unsafe conditions on the set, that he was told by the person in charge of safety on the set that the gun was ‘cold,’ and believed the gun was safe.

“The FBI report is being misconstrued,” the statement continues. “The gun fired in testing only one time — without having to pull the trigger — when the hammer was pulled back and the gun broke in two different places. The FBI was unable to fire the gun in any prior test, even when pulling the trigger, because it was in such poor condition.”

Meanwhile, the Santa Fe County Sheriff’s Office confirmed it received the FBI’s forensic report, along with other FBI documents regarding the shooting, on Aug. 2 and sent them to the New Mexico Office of the Medical Investigator (OMI) for review.

The Sheriff’s Office said detectives from the Suffolk County Police Department in New York are also aiding its office and the district attorney’s office in obtaining, processing, and disclosing Baldwin’s phone records. The sheriff’s office said those records are forthcoming.

“The District Attorney’s office has been working with Suffolk County PD, and Baldwin’s lawyer to acquire the phone records,” Santa Fe County Sheriff Adan Mendoza said, according to Deadline. “Once Suffolk County PD completes its agency assist and sends those records to New Mexico law enforcement, our detectives will need to then thoroughly review those phone records for evidentiary purposes.”

Earlier this month, Santa Fe District Attorney Mary Carmack-Altwies said in a statement that her office would “begin the screening process and any necessary follow-up investigation” once it receives the completed investigation from the Santa Fe County Sheriff’s Office.

Baldwin confirmed in February that he has returned to work on movies following a temporary hiatus after the fatal shooting.

Santa Fe County Sheriff’s Office and FBI officials didn’t respond by press time to a request by The Epoch Times for comment.