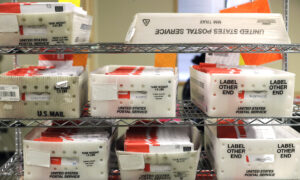 Several Muslim men who claim they were wrongfully placed on the “no-fly list” for refusing to act as informants for the FBI shouldn’t be allowed to sue individual federal officials personally for damages, the Trump administration told the Supreme Court.

Muhammad Tanvir and other plaintiffs claim their names were placed on the no-fly list as retaliation after they refused to serve as informants, conduct they said would have violated their sincerely held religious beliefs.

Although the FBI eventually took the names of the New York City area men off the list, the men are suing for damages, claiming their First Amendment rights were violated. The Trump administration argues that claims for such damages are barred because they’re not “appropriate relief” under the Religious Freedom Restoration Act (RFRA) of 1993.

The RFRA prohibits the federal government from “substantially burden[ing] a person’s exercise of religion” unless “application of the burden … is in furtherance of a compelling governmental interest” and “is the least restrictive means of furthering that … interest.”

The Supreme Court cited the RFRA in Burwell v. Hobby Lobby (2014) when it allowed business owners not to offer birth control coverage to employees if the owner is opposed to contraception on religious grounds.

Lawsuits against individual government employees shouldn’t be allowed because they will have the effect of deterring officials “from performing their duties by the prospect of litigation and potentially severe personal financial consequences,” according to the government.

Whether such lawsuits should be permitted “raises fundamental separation-of-powers concerns with a significant impact on Executive Branch operations nationwide, warranting this Court’s review,” the government stated in its petition filed with the court.

The U.S. Court of Appeals for the 2nd Circuit disagreed, ruling the statute allows such lawsuits and gave the plaintiffs permission to pursue their lawsuit against more than two dozen FBI agents.

The high court bench is under-strength since Justice Ruth Bader Ginsburg’s death on Sept. 18. On Sept. 26, President Donald Trump nominated Judge Amy Coney Barrett of the U.S. Court of Appeals for the 7th Circuit to replace her. The Senate Judiciary Committee is scheduled to begin a confirmation hearing for Barrett on Oct. 12.

The oral arguments didn’t go off without technical difficulties. At one point during the hearing, which was broadcast on C-SPAN, the voices on the call were lost and replaced by a dial tone for more than a minute.

Deputy Solicitor General Edwin S. Kneedler told the court that when Congress enacted the RFRA, it “did not subject federal employees throughout the government to a new cause of action for damages in their personal capacity.”

In other legislation, Congress has spelled out when personal damages should be allowed against government officials, but when it comes to the RFRA he said, “We have nothing express here.”

Justices questioned whether the ability to seek damages was implied in the statute.

“In thinking about what the text means here, look at the words, but also look at the words that aren’t there,” Justice Brett Kavanaugh told Kneedler. The words “appropriate relief” in the law is not the same as saying only appropriate injunctive relief, he said.

Kneedler replied that Congress would have used the words “money damages” in the statute if it had wanted to.

The absence of a mens rea, or intent, requirement in the law for FBI special agents could lead to those agents being liable for substantial damages, the justice added.

“We’re trying to find out what the term appropriate means, [and whether it] subjects FBI agents to life-altering damages,” Kavanaugh said. “I think this would be a first among a very small handful [of cases] where damages were awarded against federal officers in their individual capacities without the statute explicitly saying so.”

“And, here, federal agents put my clients on the no-fly list because they refused to spy on innocent co-religionists, in violation of their Islamic beliefs. My clients lost precious years with loved ones, plus jobs and educational opportunities,” Kassem said.

“Without damages as a deterrent, petitioners and other agents remain free to repeat what they did here, flout RFRA until challenged in court and then back off.”