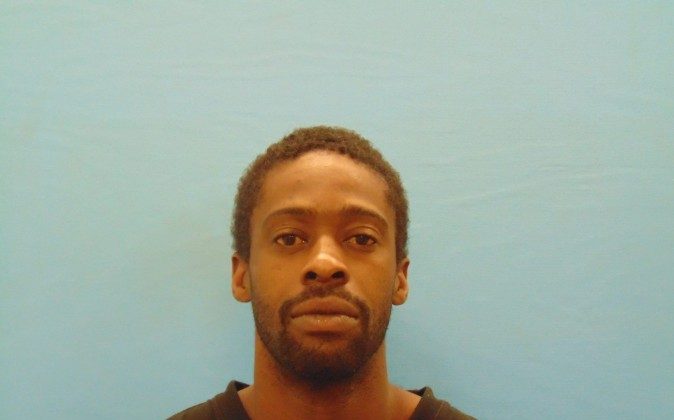 Deandre Dorch turned himself in to Sheriff’s deputies at the jail Tuesday around 11:15 p.m. (Bexar County Sheriff's Office photo)
Crime and Incidents

The third suspect wanted in a child abuse case in Bexar County, Texas, is now in custody, according to a statement by the Bexar County Sheriff’s Office (BCSO). Deandre Dorch turned himself in to the county jail on May 10 at around 11:15 p.m., after being sought for by authorities for about a week.

Authorities have been looking for 36-year-old Dorch after they located 8 children left unattended in his home last week—two of which, were tied up in the backyard.

His wife, Porucha Phillips, 34, was taken into custody shortly after the children were found, and brought up on charges of injury to a child. The mother of the two children tied up outside, Cheryl Reed, 30, was also arrested, and charged with the same crime—but Dorch fled.

A neighbor called police at around 11:45 p.m. on April 29 to report what she believed was an instance of child abuse, after hearing a child crying for a long time.

What deputies found when they arrived was shocking.

They knocked on the front door, but after no answer, they climbed on a ladder to look into the backyard—they spotted a 2-year-old boy chained to the ground, and a 3-year-old girl tied via dog leash to a door, according to the Bexar County Sheriff’s Office.

Texas Police Discover 2 Children Tied Up in Backyard, 6 More Inside, No Parents Home

Inside the home, officers found six more children; ranging in age from 10-months to 13-years-old, all of which were found without adult supervision.

“We’ve had to deal with some people who have been less than honest,” spokesperson James Keith told KSAT. “It’s still too soon to say exactly who tied them up in the backyard, but what we do know is that Deandre and Porucha were responsible for their care.”

In the written statement, Investigators say it appears Dorch and Phillips may have used the children to threaten Reed—claiming they may have wanted money from her.

The statement said the children all suffered bruising; some scars new, and some old.

On the two toddlers found outside: “Medical doctors confirmed to BCSO investigators there were hundreds of injuries and scars that ranged from fresh injuries to old injuries,” the statement said.

All eight children are currently in the care of Child Protective Services.