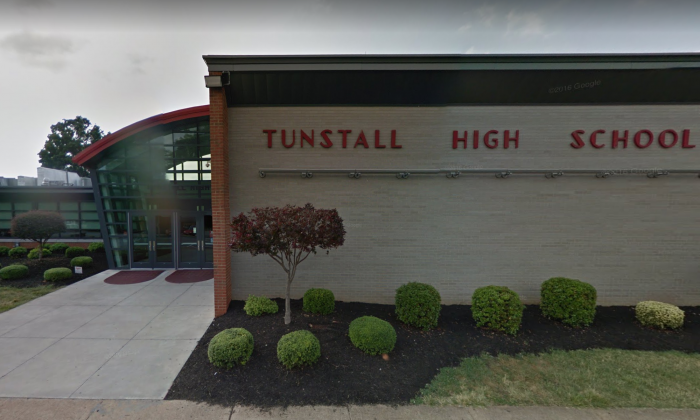 A 17-year-old high school student from Danville, Virginia, committed suicide—and now her family is searching for the answers behind it.

Hannah Cousins, a senior at Tunstall High School, took her own life on the morning of Monday, Nov. 12, ABC affiliate WSET reported.

Service for Hannah Cousins at Compassion Church Danville. Her family says she took her own life Monday morning. They say she was bullied. pic.twitter.com/TZbz5SMSi2

In honor of her memory and to raise awareness, her father, Justin Cousins, worked with Compassion Chuch in Danville, Wednesday night.

“Find somebody to talk to, get it out it doesn’t matter whether it’s a parent if you can’t go to your parent, go to a friend, go to somebody to get it out there to get help, even if you have to go see a counselor, go get help so we don’t lose another child to bullying,” Cousins said, WSET reported.

The father said Hannah never told him that she was bullied at school. However, her friends did say that they noticed some incidents.

The Superintendent of Pittsylvania County Schools told WSET that he could not comment on the details surrounding Hannah and if she was bullied or not.

But the high school did say they are planning to look into exactly what happened in the case since they have zero tolerance for bullying.

It’s unclear if any students will face charges in the future.

According to Hannah’s obituary, she was in the ROTC Program & studying Criminal Justice at her school, reporter Courtny Jodan tweeted.

Hannah’s funeral will be held this Friday, Nov. 17, at 11 a.m at Compassion Church.