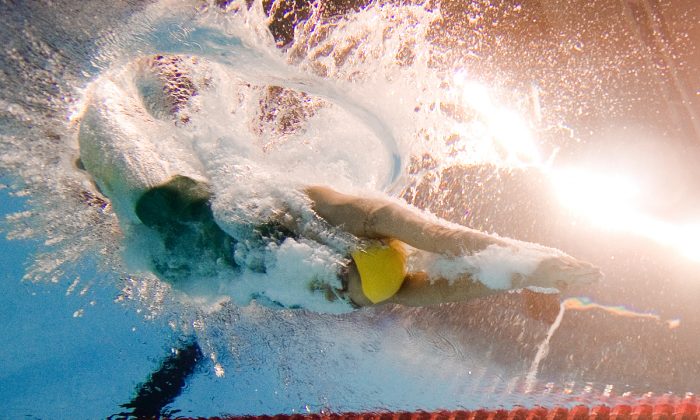 A swimmer at a competition in China. (Francois-Xavier Marit/AFP/Getty Images)
Social Issues

A teenage boy witnessed a man and a woman abusing an adolescent girl at an indoor swimming pool and recorded the incident, according to Chinese news outlet Passion News. However, when the man noticed the boy taking a video, he chased the boy and attacked him as well.

The 15-year-old boy, surnamed Tang, recorded the incident which occurred in Jilin City in China’s Liaoning Province on July 18. Tang suffered an injury to his leg, according to the July 23 report from Passion News.

Police detained the unnamed attacker, who happened to be the girl’s father, according to the report.

The girl, who was unnamed in the report, was seen at an indoor pool facility with her father and a woman—the woman was also unidentified the report. In the video recorded by Tang, the girl is seen wearing a swimming cap and a one-piece bathing suit.

The older woman and the father are both seen holding onto the girl, while he kicks her legs several times.

When Tang saw the beating, he took out his cellphone to record the incident with the intention of reporting it to the police, the report said. The video shows the father kicking the back of the girl’s right thigh twice, bringing her to the ground, where she grips her leg.

Moments later, the girl is standing with her back to the wall, while her father appears to lecture her. Meanwhile, the woman does nothing but watch.

Suddenly, the man looks at Tang and realizes that he was recording the incident. At this point, Tang stops filming, turns away and runs, and the man chases him, according to Passion News. The man used a three-foot long  (one-meter) metal pole, used for rescuing people from the water, to chase down and attack Tang.

No further details of the attack or information about how Tang got away were included in the report. However, Tang received a large cut on his left leg.