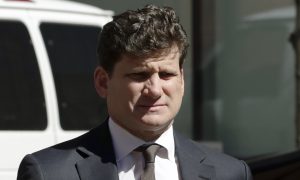 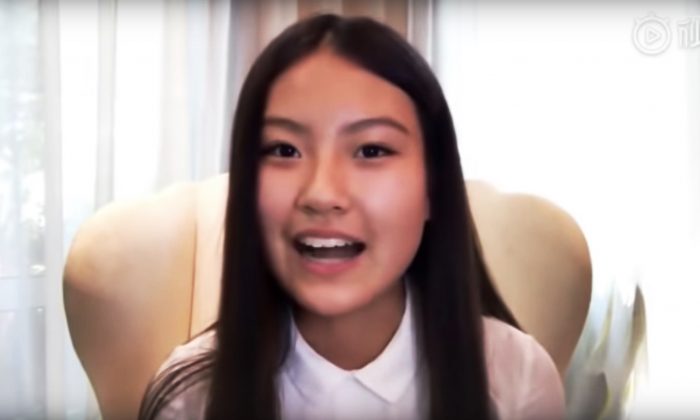 Yusi Zhao Molly shot a video and said she received an offer from Stanford University because she had a good score by hard working in 2017. (Youtube Screenshot)
China Business & Economy

Father Behind $6.5 Million Payment to Get Daughter Into Stanford Has Close Ties to Chinese Regime

The father of a Chinese student who was recently revealed to have gained admission to Stanford University in California through a reported bribery payment of $6.5 million is a billionaire who has close ties to the Beijing regime.

Zhao Yusi, 19, also known as Molly, began studying at Stanford University in 2017. She was expelled on April 2 after revelations emerged that college consultant William “Rick” Singer—the central figure in the U.S. college admissions scandal—after receiving bribes from her parents, arranged for Zhao to be accepted by claiming that she was a competitive sailor fit for the school’s sailing program.

Singer was charged in federal court in Massachusetts for his role in the scheme, pleaded guilty and has cooperated with authorities in gathering incriminating evidence against co-conspirators, consisting of parents, school coaches, and testing instructors.

According to court documents, Singer got students into Georgetown, Stanford, UCLA, Yale, and other top schools by helping them cheat on college entrance exams and lying about their athletic abilities.

The scheme involved more than 750 families. He faces up to 65 years in prison with a $1.25 million fine. Sentencing is scheduled for June 19.

Zhao’s father, Zhao Tao is the richest man in Shandong Province. He currently lives in Beijing. After the revelations about his daughter, he published a statement on his company’s website on May 3: “I’m the actual controller of Buchang Pharma, and I hereby state that my daughter studying in the United States is only a private action of my family, and the funding has no relation with Buchang Pharma.”

The company also sought to distance it from Zhao in a May 2 statement, claiming that he’s only a shareholder and isn’t in charge of operations. The company didn’t respond to a request for comment at press time.

On May 2, the student’s mother, Zhao Xiaohong, sent a statement in both English and Chinese to the state-run newspaper Beijing Youth Daily via her Hong Kong lawyer Vincent W.C. Law, in which Mrs. Zhao claimed that her daughter entered Stanford through ordinary channels, and that she donated $6.5 million to Singer in order to support his charity. Prosecutors have said Singer used his Key Worldwide Foundation to run the scheme.

“Mrs. Zhao has come to realize she has been misled, her generosity has been taken advantage of, and her daughter has fallen victim to the scam,” the statement said.

Zhao Buchang, 77, the grandfather of the family and a doctor of Chinese medicine, founded Xianyang Buchang in Shaanxi Province in 1993, which became Buchang Pharma in 2001 after it moved its headquarters to Guanxian City in Shandong. The company listed on the Shanghai Stock Exchange in 2016.

Zhao Tao, 53, is chairman of Buchang Pharma, while his younger brother is president. Zhao Tao’s two sisters also work at the company, according to Chinese media reports. At least one of Zhao Tao’s children—an elder sister to Molly Zhao—also works there.

Meanwhile, the grandfather and younger brother have been members of the Chinese People’s Political Consultative Conference, an advisory body to China’s rubber-stamp legislature, since 2008.

According to multiple Chinese media reports, Buchang Pharma has participated in Beijing’s One Belt, One Road (OBOR) initiative since at least 2015 by donating medicine and medical care to participant countries. The initiative is the Chinese regime’s flagship project for building geopolitical clout through investments in countries throughout Southeast Asia, Europe, Africa, and Latin America.

In fact, the group’s website clearly states that COCEA is led by the Overseas Chinese Affairs Office of the State Council—which is, in turn, an agency of the United Front Work Department. The United Front uses front organizations such as COCEA to promote Beijing’s interests and execute its orders.

The company wrote in the post that Zhao Tao was there to promote OBOR in the United States.

According to information on an online court docket database run by China’s supreme court, Buchang Pharma was involved in bribery at least seven times from 2015 to 2018. Five of the cases involve sales representatives of Buchang Pharma bribing hospital presidents or doctors to sell its medicines. Buchang’s representatives paid sums ranging from 60,000 to 110,000 yuan ($8,910 to $16,330) each time.

In a court verdict by the Beijing First Intermediate People’s Court, Zheng Xiaoyou, a former director at China’s Food and Drug Administration from 1998 to 2006, was found guilty of accepting bribes from Buchang Pharma. In exchange, Zheng would help the company get its “Brain and Heart Vessel Cleaning Capsule” medicine approved.

Zheng was sentenced to death in May 2007. But the company and Zhao haven’t received any penalties.