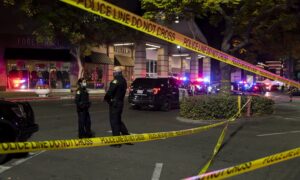 Police have arrested a 25-year-old Maryland man who they say admitted to murdering his daughter and the girl’s mother in Fort Washington.

The shooting of 26-year-old NeShante Alesha Davis and her 2-year-old Chloe on Feb. 2 garnered nationwide attention, with many condemning whoever killed them and noting the shock of learning a toddler was killed.

The Prince George’s Police Department said they arrested Daron Maurice Boswell-Johnson, and that he admitted his involvement in the murders.

In December 2015, a judge ordered Boswell-Johnson to pay $600 a month in child support, according to court documents obtained by WUSA.

Boswell-Johnson waited for Davis to leave her condo before approaching her with a gun and demanding she drop the petition for child support payments, according to the charging documents.

Boswell-Johnson faces two counts of first and second degree murder, and is expected to be held on a no bond status.

Davis’ pastor, Bishop Robert Pitts, said he wants to see justice served. “It’s not over yet. God has his eye on him. I believe justice will be served,” he said.

Prince George’s County State’s Attorney Angela Alsobrooks, who condemned the crime, told WTOP that the community needs to address the issue of domestic violence to “not lose another child.”

“We are tired of talking about babies dying,” Alsobrooks said.