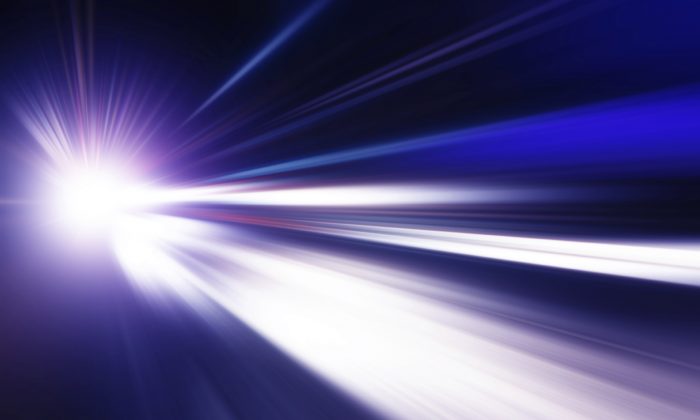 Albert Einstein’s General and Special Relativity theories state that nothing may travel faster than light. This seems to imply that we can never send information instantaneously; at most, it can only travel at light speed.

Yet it seems that some forces, including gravity, may act instantaneously.

“The Newtonian theory of gravity implies that there is an instantaneous response of a test mass to a gravitating body even if it is light years away. General and special relativity, on the other hand, require that nothing may travel faster than light,” wrote Dr. Hugh Deasy, an astrophysicist at the European Space Agency, in a summary of his presentation at the 2015 Society for Scientific Exploration conference.

“Recent estimates from gravitational tides on the Earth seem to confirm that gravity is indeed propagated at light speed,” he continued. “Other estimates based on solar perturbations on satellite orbits, on the contrary, suggest instantaneous force action. So the jury is still out.”

He published a study titled “Measuring the Speed of Gravity and/or the Coulomb Force,” in the Journal of Space Exploration in 2014. He has performed tests on possible faster-than-light communication in this area and reports that more tests are on-going.