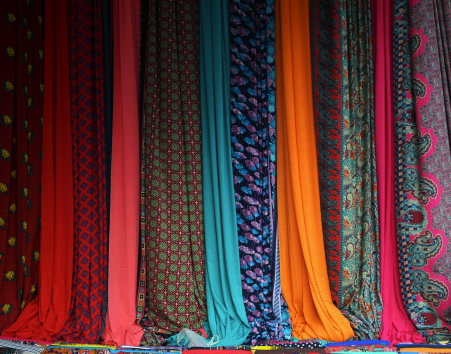 As a comfortably middle class baby boomer with a passion for fashion, I do have to exercise some frugality. Fortunately, this comes naturally to me since I was raised by parents who were children of the Depression and passed on their values to me.

This column will be a continuing commentary on my efforts to justify fashion and frugality.

I’m very ingenious, wearing things in a way that they were really not intended to be worn. For instance, I have a rather expensive sarong-type black wool skirt by Donna Karan. I’ve had it for years but it was a mistake. I should have never bought it. Every time I wore it, the big knot in front made me look fat even though I’m actually very slim. But, as I say, it was expensive, so the thought of throwing it out bothered me. Finally, I put it in a pile to give to charity. But before I gave it away, I suddenly had an “aha!” moment. Why not wear it as a shawl? I now have a beautiful luxurious black wool shawl and no one would ever suspect that it’s really a skirt. It has no zipper, buttons, or closure and is very wide.

Remember when half-slips or petticoats were part of every woman’s wardrobe? Well, I also unearthed a beautiful black taffeta one, with embroidery on the hem. It had been buried in the back of a drawer and I had forgotten that I had it. As I tossed it into the pile marked for charity, I suddenly had another “aha!” moment.

Why not wear it as a skirt? Why not, indeed? I’ve worn it in the summer with a T-shirt over it, belted loosely at the waist. It has garnered me so many compliments.

So if you like the fabric of an outfit but are not too crazy about the structure or the fit, try to play around—just as a child would play dress-up—and you just might have a nice surprise.