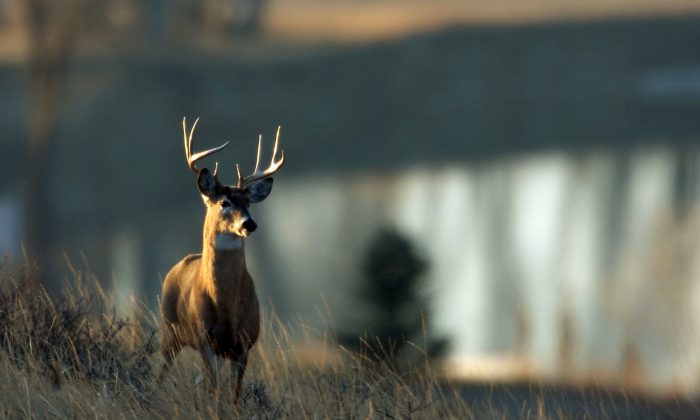 PARKER, Pa.—A Pennsylvania farmer who runs a guided hunting preserve said Friday someone cut his fences around Jan. 1, causing a huge financial loss when dozens of deer and boars escaped.

Larry Lint said he could lose his business, The Pig Farm, over uninsured costs from the vandalism, which is under investigation.

The escaped animals can be a problem for wild deer and damage local habitat, so they are being tracked down, euthanized and tested.

“I had one of the biggest, baddest, best whitetail deer herds there are in the state,” Lint said. “Then some idiot decides they don’t like what I’m doing.”

The escaped animals can be a problem for wild deer and damage local habitat, so they are being tracked down, euthanized and tested, said Clint Deniker, a law enforcement supervisor with the Pennsylvania Game Commission. The agency has been using a state police helicopter to look for the animals.

State Parks Being Reviewed for Places to Allow Hunting

Lint said he does not know who made the six cuts in his fences, but surmises it’s someone short because they apparently could not reach to cut a wire 8 feet high. He said there were dog prints inside the fence, possibly by someone’s dog going in to roust the deer, or from coyotes.

He lost 70 whitetail deer and 150 wild boars, but so far four bucks and nearly 100 boars have returned on their own. He said the loss could be several hundred thousand dollars, but he’s hoping to bait the deer with quality feed this weekend.

“I’m praying when I open the gate on Saturday afternoon, on Sunday morning I’ll have 30 or 40 deer back in my pen,” he said.

The 147-acre farm is in Parker, about 60 miles northeast of Pittsburgh.