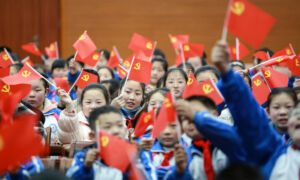 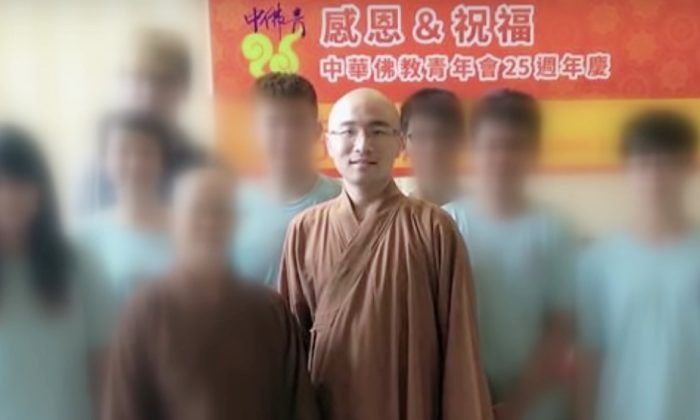 Monk Shi Kai-hung, former secretary general of the Taiwan Chinese Buddhist Youth Association, has been expelled from his position at Tungshan Temple after it was revealed that he had abused illicit drugs and carried out homosexual relationships with male believers and other monks, violating the precepts of Buddhist religion.

Taiwanese magazine Mirror Media published a set of articles exposing Shi Kai-hung, who lived in Tungshan Temple in Miaoli County. On Sept. 30, following the scandal, he moved to the nearby Chungfo Temple.

By Chinese Buddhist tradition, all monks take on a Buddhist name containing the surname “Shi,” the initial character in the Chinese translation of the Buddha’s name, Shakyamuni.

In September, a 21-year-old monk called Shi Shan-chih said that he had been the boyfriend of Kai-hung for more than a year, when both of them lived in Tungshan temple. Earlier this year, however, Kai-hung made friends with a male believer surnamed Cheng. At first, Cheng and Shan-chih weren’t familiar, but this changed after a car accident that occured this summer, Mirror Media reported.

The accident wasn’t serious, but Kai-hung pushed all the responsibility to Shan-Chih, who didn’t even have a driver’s license, but was reportedly driving the evhcile with Kai-hung in the passenger seat. Cheng thought Shan-Chih had been wronged and befriended him. The two downloaded hundreds of videos from Kai-Hung’s cloud storage showing his drug-fuelled sexual activities. The videos amounted to over 200 gigabytes of data.

After they gave three of the videos to the management team of Tungshan, Cheng was beaten by six strangers and forced to write a clarification saying that: “What I did to Kai-hung damaged his reputation and caused a misunderstanding about him at Tungshan Temple. I have deep regret for what I did, and I beg forgiveness!!”

However, because a naked man shown in the videos was undeniably Kai-hung, the temple expelled him on Sept. 20. Kai-hung’s mentor Ching-yau tried to protect him, but the Tungshan temple management upheld its decision and said Kai-hung had failed to conduct himself like a monk, and that he had broken Buddhist precepts.

Buddhism is one of the main religions in China. Since Buddhism was introduced to China around 200 B.C., Buddhists have being lived in monasteries and followed the precepts, which include prohibitions of immoral behavior such as killing, stealing, drinking, or sexual relations.

In recent years however, a growing number of scandals has shaken the Buddhist establishment in China.

Shi Xuecheng, former president of China Buddhist Association and abbot of Beijing’s Longquan Monastery, was embroiled in a scandal this August when two of his female disciples, senior nuns Shi Xianjia and Shi Xianqi,posted a 95-page article saying that Xuecheng had acted under the cover of Buddhist teachings to sexually abuse multiple female disciples and embezzle hundreds of millions of yuan over the years.

While reports and other online material about Xuecheng’s scandal were soon deleted by censors, the Chinese communist authorities were forced to act on the nuns’ accusations. Following investigation, Shi Xuecheng resigned from all his positions on Aug. 15.

Shi Yongxin, abbot of the storied Shaolin Monastery and vice president of the Communist Party-controlled China Buddhist Association, was revealed to have fathered two illegitimate children with different women. He also carried out illicit relationships with several nuns and believers, embezzled money, and committed other offenses.

After the scandal, provincial authorities in Henan, where Shaolin is located, the China Buddhist Association worked very hard to protect him, so he has kept his positions.

In addition to the leaders of the China Buddhist Association, many ordinary monks have violated the precepts as Buddhism becomes increasingly ritualized and commercialized. Many photos circulating on Chinese websites show monks walking on the streets, arm in arm with beautiful women.

Many Buddhist recruitment notices are seeking men to become monks, and advertise salaries of up to 80,000 yuan ($11,500) a month. The notices say that men who become monks are not allowed to smoke, drink, or have sexual relations while at work in temples or offices, but are free to do as they desire after working hours are over.