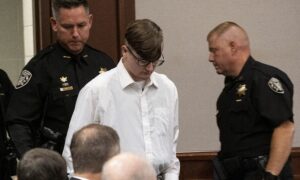 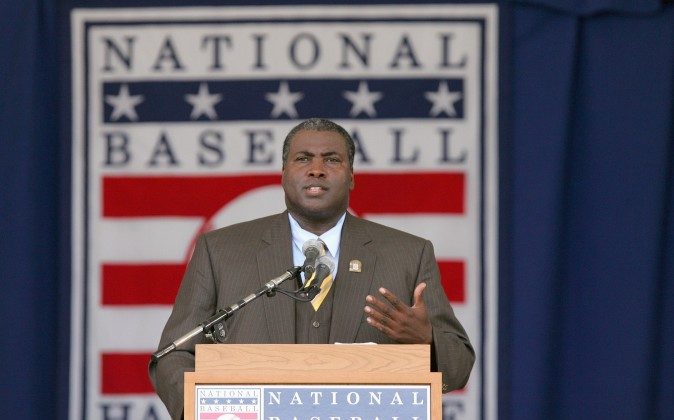 Tony Gwynn died at the age of 54 in 2014 after a 4-year battle with mouth cancer—specifically of the salivary gland on the right side of his face.

His family, widow Alicia Gwynn, who was married to the San Diego Padres great for 33 years, and his two children Anisha Gwynn-Jones and Tony Gwynn Jr., are suing Altria Group Inc., formerly the Phillip Morris company, one of the world’s largest smokeless tobacco producing companies, claiming negligence and produce liability, among several other damage claims.

In the lawsuit, the family claims the company was responsible for his death because it created an addiction at such a young age—and then used him as a “billboard” to promote the product, a product they knew caused cancer.

“I remember him saying that he wouldn’t want this to happen to anybody else, especially having seen what my mom and sister and the rest of our family was going through with him, you wouldn’t wish that upon anybody,” his son Tony said, according to The San Diego Union-Tribune.

“Hall of famer Anthony (“Tony”) Gwynn was one of the greatest pure hitters the game of baseball has ever seen, along with being a father, husband, and philanthropist. He was also hopelessly addicted to Defendants’ tobacco products.”

At 17, Gwynn began using smokeless tobacco, or “dipping,” regularly as a freshman baseball player at San Diego State University. The document states that Altria “continued to deluge Tony during his college years with countless free samples of “dip” tobacco products they purposely adulterated to make more addictive—and failing to mention the highly addictive nature of the products or their toxicity.

Throughout his 20-year career, Gwynn would often be seen in photographs and highlights with the smokeless tobacco in his mouth. The lawsuit states that he had been consuming 1 and a half, to 2 tins of tobacco per day for more than 30 years. The National Institutes of Health estimate it’s equivalent to smoking 4-5 packs of cigarettes per day.

Included in the lawsuit, an advertisement by the smokeless tobacco company with the slogan: “We put the pinch between the cheek and gum of America.” The ad fails to mention any health risks or warnings from smokeless tobacco usage, but highlights the sales and widespread use of the product.

Throughout the lawsuit, the family also included clippings of newspaper ads during the earlier years of Gwynn’s usage. The companies had advertised free cans, or samples, to those wanting to try the smokeless tobacco.

In 1991, following a surgery to remove a benign neck tumor, Gwynn got out to his car and “immediately reached for his can of Skoal.” That same year, he would go on to be a National League All-Star, and win a Golden Glove.

His addiction, the document states, led him to needing prescription drugs to help his withdrawal from the cravings and other side effects upon cutting the dipping.

“Tony Gwynn, aside from his prodigious hitting, was perhaps best known for his infectious smile and laughter. But he suffered such facial nerve damage to the right side of his face from the tumor, that it prevented him from smiling or even closing his right eyelid. It is almost hard to imagine, but Tony Gwynn, of all people, was unable to smile. And Defendants’ tobacco was the reason.”

The lawsuit doesn’t mention how much the family is seeking, however, according to The San Diego Union-Tribune report, the family plans to hold a press conference on May 24.