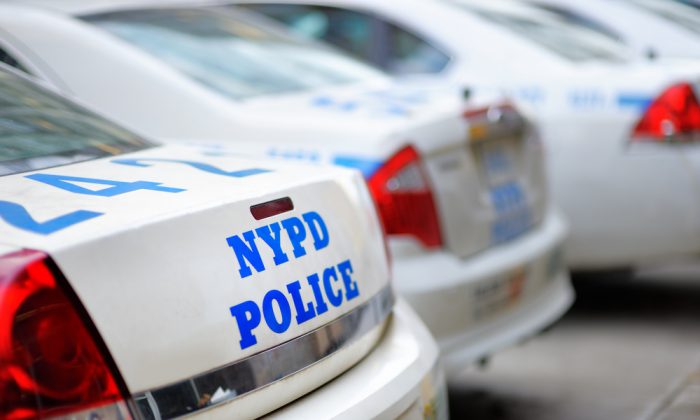 The family of a Queens, New York, woman who was found dead after she went jogging—broke down in tears Monday, as they watched the taped confession of the accused killer.

“I was mad, I saw red,” Chanel Lewis, 21, told officers in a confession video shown during a pretrial hearing. The hearing was set to see whether the video could be used as evidence, according to the New York Post.

Lewis was charged with murder over the death of 30-year-old Karina Vetrano.

The victim’s mother, Cathie Vetrano, was in tears as she watched the confession footage in court. Her sister, Tana Vetrano sat motionless as she cried and bared her teeth at Lewis, according to the New York Post.

Lewis has pleaded not guilty, while his attorneys said that his confession was obtained wrongfully and should not be used as evidence in his upcoming trial, NBC4 reported.

Lewis calmly confessed to the violent August 2016 beating, where he broke the victim’s teeth, beat her till she was unconscious, and strangled her to death. The confession happened in February 2017.

“I finished her off, I strangled her. She fell into the puddle and drowned,” Lewis said in the footage. “I got up and wiped off the blood. And she was calm, she was in the pool [of water],” the New York Post reports.

The killer said he grabbed Karina after she ran past him in a quiet section of a Queens park, according to NBC4. Lewis admits to beating and strangling her but he claims he did not molest her. The body was found with disheveled clothes, leading authorities to believe that she had been also sexually assaulted.

“I didn’t do any of the stuff they said, sexual assault and stuff like that,” according to the tape.

After he confessed to officers, Lewis believed he could get away with the murder charges, the New York Post reported.

“I can straighten out my stuff?” Lewis asked the confused prosecutor. “Well, you’re the DA, right? Where do we go from here? Is there a restitution program or something?”

Lewis told Detective Barry Brown before the confession: “I want to change my life, I’m sorry for what I did.”

When officers asked Lewis why he attacked the jogger he responded saying: “because a guy moved into my house and the neighborhood.”

The victim’s father, Phillip Vetrano said he felt “a lot of anger” when he saw Lewis’s relatives leave the court in a police car, the New York Post reports.

“His family left the room,” Phillip said. “They couldn’t listen to his confession. We know where the coward got his cowardliness from.”

“The truth hurts,” the father added. “It’s pathetic. “It’s just so tomorrow they can say their offspring is not guilty.”

Later, a judge will make the decision if the confession can be used as evidence or not.