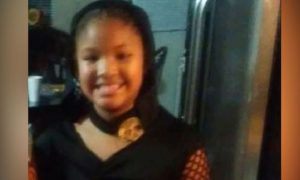 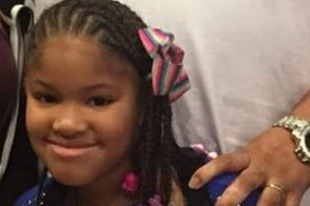 Jazmine Barnes, 7, was riding in a car with her family on Dec. 30, 2018, on the outskirts of Houston, Texas, when a gunshot killed her. (Justice for My daughter Jazmine/GoFundMe)
US News

The family of the man wrongly accused by conspiracy theorist Shaun King of murdering a 7-year-old girl has been getting rape and death threats.

King posted the picture and name of Robert Cantrell on his Twitter account, which has more than 1 million followers, alleging that Cantrell may have carried out the shooting.

King also pushed a theory that the shooting was racially motivated. Jazmine Barnes, the girl who was shot in December 2018 on the outskirts of Houston, was black.

Two black men were arrested for the shooting; officials said one, 20-year-old Eric Black Jr., admitted to the crime.

King often attributes crimes to racial animus even if evidence for the accusations are lacking. In this case, he noted that Cantrell had been arrested recently for an unrelated charge and claimed that Cantrell could be the shooter.

King provided no evidence and has not apologized for the mistake. He has deleted the series of tweets he made about Cantrell.

Hailey Cantrell, Cantrell’s niece, said that people have been posting threatening comments on her Facebook page.

“I hear, ‘Someone is going to rape, torture, and murder the women and children in your family,'” she said, relaying one comment to ABC 13.

ABC 13 said that King did respond to multiple requests for comment.

'BACK OFF': Family of man wrongfully accused in 7-year-old's murder says they're receiving threatshttps://t.co/RSOPyrHmMb

It’s not the first time King has gotten a major story wrong.

King claimed that a Texas state trooper assaulted a woman and threatened to shoot her black fiancé in early 2018. “This woman was kidnapped and raped by a Texas State Trooper,” King wrote on Facebook, identifying the alleged perpetrator by name.

He said that he was relaying information from an attorney and friend of his.

The problem soon came to light: the woman, Sherita Dixon-Cole, was brazenly lying. Body camera footage released by the Texas Department of Safety showed that the woman was not assaulted, raped, or threatened by the officer.

King, who has been linked to Black Lives Matter, formerly wrote for the New York Daily News, and currently writes for The Intercept, wrote an article on Medium explaining that he’d been duped but the article did not include an apology to the officer he wrongly identified or any vow to change how he handled information. Instead, he vowed to continue to do things the same as he always has.

“I lead and live with my heart on my sleeve. I don’t know any other way. As I type this, I am working directly with dozens of families across the country who’ve actually experienced police brutality and various miscarriages of justice,” he wrote.

“I will continue fighting for them like their lives, and all of our lives, depend on it. They deserve that. This woman cannot be allowed to ruin that for other victims.”

The woman who made the false sexual assault claim was not charged.

Officials said she made her allegations to a jailer and her attorney and not to a sworn peace officer, meaning no false report was filed. In contrast to King, the woman’s attorney S. Lee Merritt apologized, saying: “I am truly sorry for any trouble these claims have caused [the] officer and his family [and] I take full responsibility for amplifying those claims to the point of national concern.”