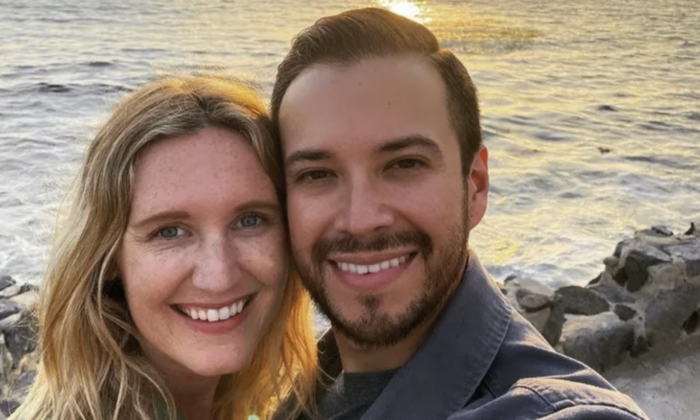 (Courtesy of GoFundMe)
By Julianne Foster

The family of an Orange County deputy public defender who died in Mexico while celebrating his first wedding anniversary is claiming the lawyer was the victim of a crime, not an accident, according to a Jan. 17 statement from their attorney.

The family of Elliot Blair, 33, “wholeheartedly believes based on their initial investigation that Elliot was the victim of a brutal crime,” according to the statement from attorney David Scarsone.

Blair’s wife Kim—who was with him on Saturday at the Las Rocas Resort and Spa in Rosarito, Mexico, where her husband died—has been told “multiple versions” of the incident by Mexican authorities since it happened, according to the statement.

His family has only been in touch with a “liaison” to the local coroner’s office, he said. About 2 p.m. Monday the liaison “indicated that the cause of death was severe head trauma and that the case had been forwarded to the district attorney’s office to conduct a possible homicide investigation,” according to the statement.

The family is “devastated” that they have not been contacted by anyone from the Rosarito Beach Police Department, its District Attorney’s Office, or any other Mexican officials, Scarsone said.

The family told the liaison they intended to conduct an independent investigation, which would include a medical examination of Blair’s body, Scarsone said.

Hours later the family said it saw a news article quoting “Mexican officials” saying the death appeared to be due to an “unfortunate accident,” the result of a fall from the third-story floor where the couple was staying, according to the statement.

But the family is arguing that Blair was a victim and was found dead below an open-air walkway outside his room at the hotel.

Blair and his wife stayed at the resort, in that same room, several times in the past five years and they were, therefore, familiar with its layout, according to the statement.

Mexican authorities and a representative of a local funeral home suggested the family cremate Blair’s remains, according to the statement. However, they are refusing, so they can conduct their own investigation.