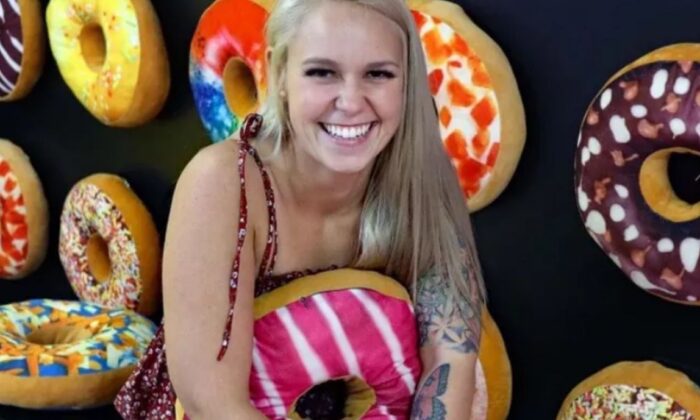 Sativa Transue in an undated file photo (GoFundme)
US News

A Washington state woman was found dead in her Cancun, Mexico, hotel room, according to family members, who believe her boyfriend is to blame.

The woman, 26-year-old Sativa Transue, had previously written last week that during the Cancun vacation with her boyfriend, she was injured during an argument with him, according to a GoFundMe page set up by her sister, Mykayla Bolieu.

“[On Friday] she was messaging me, showing me the views, Snapchatting my daughter Amelia. She told me she wasn’t having the best trip, but she was enjoying the sun,” Bolieu recently also wrote on Facebook.

The victim’s father, Jason Transue, told Fox News that her boyfriend, 31-year-old Taylor Allen, had displayed disturbing behavior prior to her death, and he suspects Allen killed her. The boyfriend, Transue said, allegedly threatened to jump from their fourth-floor hotel room last week.

“I believe that’s when she told him that she wanted to leave, and I think that that’s why he was making these threats about trying to jump,” Jason Transue said of the incident. Hours later, he received a message saying his daughter was beaten to death, the father said.

Bolieu, meanwhile, told the Spokane Spokesman-Review that their family sent a spokesman to identify the body. She further added that her family believed that Allen had been abusive in the past, and she recalled seeing holes in Sativa Transue’s walls and broken items around the home.

The Quintana Roo Attorney General’s Office has released few details but said a woman was killed, and a foreign man was detained on possible homicide charges. An investigation is underway.

“The defendant, who was a partner of the victim, has already been placed at the disposal of the Public Ministry, which initiated the corresponding investigation folder,” it said.

It’s not clear if Allen has an attorney.

A former boss to both Allen and Sativa Transue told Fox News that Allen had a “ridiculous temper.”

“When Sativa texted me and told me that [she and Allen] were dating, I was shocked,” Stacia Shirley, the former employer, said. “You couldn’t find two more absolutely opposite people. Sativa was just a ray of sunshine, just such a beautiful person.”