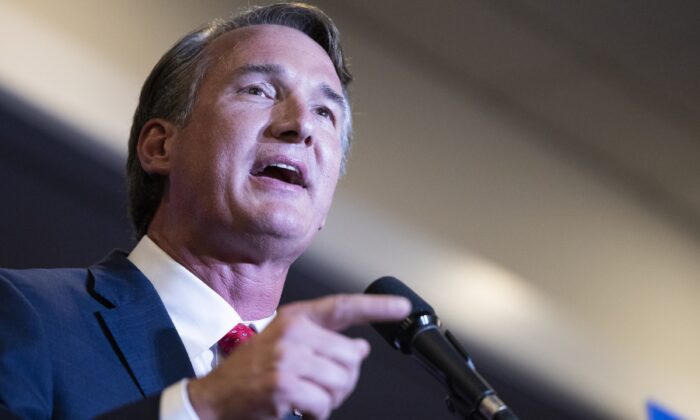 A federal judge in Virginia on March 23 sided with the families of immunocompromised children who had asked that the schools their children attend require face masks to be worn.

The plaintiffs in the lawsuit are the parents of twelve children who suffer from disabilities that they say would put them at significant health risk if they were to contract COVID-19.

These disabilities and illnesses include cancer, cystic fibrosis, moderate to severe asthma, chronic lung disease, Down syndrome, and weakened immune systems. One of the children has had two kidney transplants, while another has had twelve surgeries in his right lung, which is half the size of his left lung.

All of the children have been vaccinated against COVID-19 “to the extent eligible,” plaintiffs said.

The American Civil Liberties Union of Virginia filed the lawsuit on behalf of the families against Virginia and state officials in February after Governor Glenn Youngkin, a Republican, signed a law that gives parents the right to decide whether or not their child wears a mask in school.

Prior to that, Youngkin signed an order that stipulated the same requirements, effectively banning mask mandates.

The governor said of the law that it was aimed at “restoring power back to parents” and giving them the “rights to make decisions” regarding their children.

But the parents of the twelve immunocompromised children sued, claiming that the order violates their rights under federal law, specifically, the Americans with Disabilities Act (or ADA) and the Rehabilitation Act.

In the lawsuit, attorneys for the families noted that more than 1,661,000 have contracted COVID-19 in Virginia, and 19,520 have died from the virus. But state data show that there have only been 14 deaths among children connected with COVID-19.

Judge Norman Moon wrote in his preliminary injunction that the law an executive order issued by Youngkin, “just like any other state law, cannot preclude Plaintiffs from asking for some required masking as a reasonable modification, nor can they bar Plaintiffs’ schools from implementing some required masking, if in fact, it would constitute a reasonable modification under federal law.”

“Under the Americans with Disabilities Act (ADA) and Section 504 of the Rehabilitation Act (Section 504), both state agencies and public schools are obligated to provide reasonable modifications to policies, practices, and procedures to give students with disabilities an equal opportunity to benefit from public education,” Moon said.

The Children of the families attend 10 different school districts in Virginia including in Albemarle, Bedford, Loudoun, and Fairfax counties, among others.

However, the judge stressed that the preliminary injunction was not undoing the previous executive order issued by Gov. Youngkin which made masks optional. He also stressed that the order was limited to the 12 families who had sued alone.

A preliminary injunction means that the block on no-masks will be in place temporarily. It could be removed in the future or it could be made permanent.

The American Civil Liberties Union (ACLU) of Virginia praised the decision, stating that not wearing masks at schools “puts the lives of immunocompromised students at risk and force students to choose between their education & their health.”

“We are glad the court agreed: No student should have to risk their lives to go to school, the ACLU said, adding that “while the injunction is limited to these 12 students, it is clearly a blueprint for any parent of a student with disabilities to assure their school district can make accommodations when the safety of their children is at stake and that state law cannot stand in the way.

Virginia Attorney General Jason Miyares (R), one of the defendants in the suit along with Youngkin, said the ruling “affirms that Governor Youngkin’s Executive Order 2 and Senate Bill 739 is the law of Virginia and parents have the right to make choices for their children.”