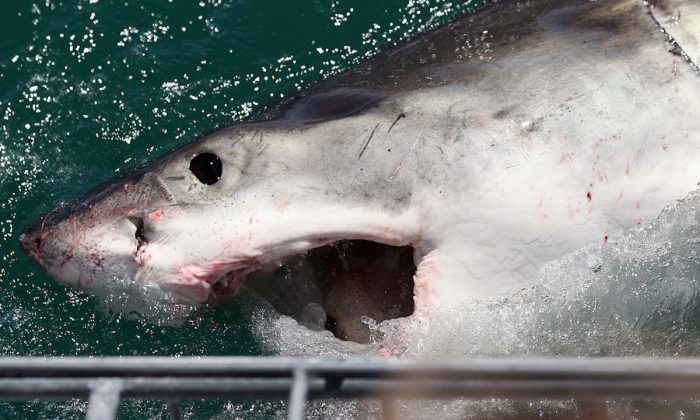 Police are working to identify a person who placed lifelike fake legs at a memorial for a bodyboarder who died near there.

According to Fox News, a total of three legs were removed from the Cape Cod, Massachusetts, beachside memorial site for Arthur Medici, who died there last year.

Police in a Cape Cod, Massachusetts town are investigating after three fake legs were placed near a memorial for the victim of a deadly shark attack last summer. https://t.co/F3mMONR1fn

Officials also discovered that two of the legs were quite lifelike. Over the weekend, one fake leg was found with jeans, a gash, and blood.

Last year, officials determined that Medici likely suffered a severed femoral artery in one of his legs, the Fox report said.

Officials said the fake legs weren’t considered vandalism. However, many viewed it as poor taste.

“Hello, I’m at Newcomb Hollow Beach in Wellfleet, Massachusetts,” a man who witnessed the attack told the dispatcher. “I’ve just seen a surfer get bit by a shark.”

“I’m sorry, you said somebody got bit by a shark?” asked the dispatcher.

Last summer, Arthur Medici went surfing off the coast of Cape Cod— he never made it back alivehttps://t.co/rjZc5ce2Ar pic.twitter.com/IYjUb8pnlG

“Sir, hold on please,” the dispatcher continued. “Hello, Are you right next to the person right now?”

Medici, who was originally from Brazil and was living in Cape Cod, became the first fatal shark attack victim in Massachusetts since the 1930s.

“All of a sudden somebody yelled ‘shark, shark!’ and we noticed a big crowd at the end of the beach,” Tony Sherwell said, NECN reported. Added Joe Booth: “I was that guy on the beach screaming, ‘Shark! Shark!’ It was like right out of that movie ‘Jaws.’ This has turned into Amity Island real quick out here.”