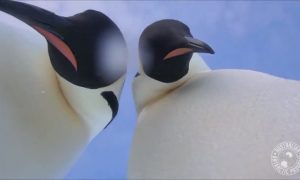 'Is This Thing On?' Curious Emperor Penguins Pose For Selfies in Antarctica
0 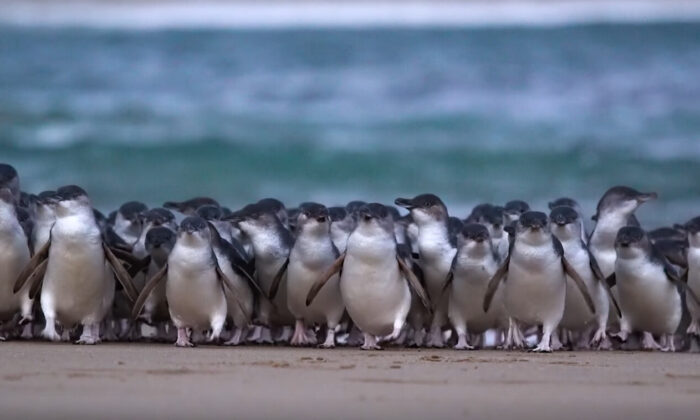 The Phillip Island Nature Park’s live streaming of Australia’s famous Penguin Parade has been an international success with an estimated one million viewers from across the world tuning in to watch the penguins waddling home from the ocean to their burrows.

Screened every night since Aug. 25, it is believed to be the world’s first nightly live stream of a natural wildlife event at a regular time, with expert commentary provided.

Phillip Island Nature Parks Chief Executive Catherine Basterfield said that the penguins have been missing the nightly crowds who had previously come to view their journey home.

“The Little Penguins have missed having the crowds watching them every night, so I’m sure they will put on a good show for the cameras,’ Basterfield said on the Phillip Island Nature Parks website.

The Live Penguin TV allows audiences to experience up to 3,000 little penguins emerge from the Bass Strait and waddle up the beach back to their homes.

Environment Minister Lily D’Ambrosio was also welcoming of the daily display of natural wildlife to lounge rooms around the world.

“I have no doubt the live streaming will delight those who’ve never seen these little penguins in action and encourage even more people to visit Australia’s most popular wildlife attraction when it’s safe to do so,” D’Ambrosio said.

Phillip Island Nature Parks’ rangers are also providing live expert commentary on the parade. Translations into different languages for overseas audiences are also in the works.

The event has proven to be a much-needed distraction from lockdowns to curb the CCP (Chinese Communist Party) virus, commonly known as novel coronavirus.

Maor Castillo commented under Thursday’s live stream that he was an Australian stuck in Spain watching the Penguin Parade with his two kids.

Another commenter said that they were watching whilst on their break from driving trains in the Midlands in the UK.

Given the younger audiences, Philip Island told the Epoch Times that they have also taken measures to make sure that those watching are safe.

“Our YouTube platform has its own protections in place for children,” a spokesperson said.

However, they did note that comments on the Facebook live stream would be up to the parents to monitor.