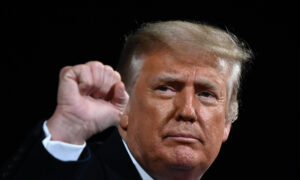 The deadline for President Trump’s executive order on foreign election interference is Friday, and John Ratcliffe said that Iran, China, and Russia did interfere.

The CEO of Dominion revealed that some of his voting machines can be connected to the internet.

The Trump administration is withholding $200,000,000 of funds from California because they require insurance companies to fund abortions.

A new report found that Mark Zuckerberg’s $500 million donation to the election was unevenly distributed between Democrats and Republicans, by a ratio of about 10:1.