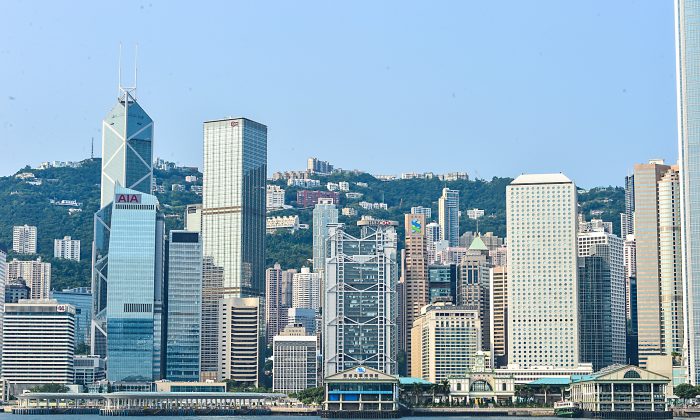 For every election of Hong Kong’s chief executive since the region’s handover to China, Li Ka-shing, Asia’s most prominent billionaire, has publicly backed a candidate for the city’s top office. This election, however, Li demurred.

The four candidates are old friends, Li explained at a press conference on Feb. 19; picking a favorite could “offend people,” he added.

Li’s coyness is unusual. The real estate, shipping, and retail tycoon didn’t scale Hong Kong’s business world, then sit atop it for decades, by treating those around him like snowflakes. He has also in the past been unafraid to back a sure loser—in the last election, he supported Henry Tang over Beijing’s man Leung Chun-ying, who holds the post today.

In China, the factional struggle between the Xi Jinping administration and the Jiang clan is observable through Xi’s anti-corruption campaign.

Perhaps Li Ka-shing is indecisive because he doesn’t yet know which elite clan in Beijing is managing the Hong Kong portfolio—over the past four years, Chinese leader Xi Jinping and his predecessor Jiang Zemin have been locked in a contest for power, with the former determined to seize the full control that comes with his formal post, and the latter attempting to retain his fiefs in various political and economic sectors.

The conventional view of Xi is that he is in absolute control of China. This notion is buoyed by the fact that Xi, in heading several key policy groups and holding top titles, is the “chairman of everything” in the Chinese regime.

But history has shown that the power of Chinese Communist Party leaders should never be judged by formal office alone, especially if a retired Party leader hasn’t passed on. Mao Zedong and Deng Xiaoping both exhausted several successors and remained paramount leader until their final breaths. Likewise, Jiang Zemin played puppetmaster during Hu Jintao’s reign, and if not for a foiled coup d’état would almost certainly have seen his own lieutenants seated upon the red throne.

In China, the factional struggle between the Xi Jinping administration and the Jiang clan is observable through Xi’s anti-corruption campaign, and efforts at retaliation by political organs still not fully purged of Jiang’s footsoldiers, such as the propaganda and security apparatuses.

Presently, the Jiang faction is on the decline in mainland China, and many prominent cadres in the group of 200 high-ranking officials purged for corruption are known supporters of Jiang Zemin.

Meanwhile, Xi has recently asserted his control of the military and took up the title of “core” leader, two crucial steps in determining a Party leader’s authority.

For those in Hong Kong, signs of a noticeable political shift in Beijing came in the latter half of 2016.

The following month, the Hong Kong and Macau Affairs Office, Beijing’s agency for handling Hong Kong, was censured by anti-corruption investigators for lax discipline and not “enforcing relevant policies from Party Central.”

Come December, Hong Kong leader Leung Chun-ying shocked observers by announcing that he would not run for a second five-year term as chief executive. This newspaper anticipated Leung’s retreat from politics a month prior, citing insider sources.

Under siege, the Jiang faction continued to operate like the only sheriff in town, but the pressure has not abated.

Candidates who receive a clear nod from Beijing typically end up winning the elections. This is because the 1,200-member election committee that nominates the chief executive is stacked with pro-Beijing business and social constituencies who align themselves with Beijing interests.

But discerning Beijing’s interests in the climate of factional struggle has become trying for pro-Beijing voters.

On Feb. 14, state mouthpiece People’s Daily criticized retiring cadres for seeking to keep their influence in their department by promoting loyalties before stepping down—a possible jab at Zhang Dejiang, who is due to retire this year.

Days later, Sing Pao released a series of very critical articles aimed at Carrie Lam and Zhang, where Zhang is labelled “the nation’s demon” for trying to manipulate the elections. Since the publication of those articles, Sing Pao staff have been stalked and threatened by suspicious characters, and they have been offered protection by the Hong Kong police.

Li Ka-shing has publicly said to treat talk of Beijing’s hand in Hong Kong’s election as “hearsay.” But he also believes in Xi Jinping’s determination to preserve and not warp the “one country, two systems” arrangement between Hong Kong and the Chinese regime.

Yet Li’s reluctance to pick a candidate suggests that he has been keeping a close eye on which way the political wind is now blowing in Beijing. Being the astute businessman, Li may have decided that supporting the choice of a waning faction is not a profitable bet.