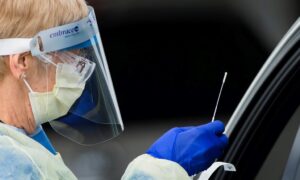 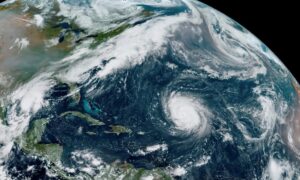 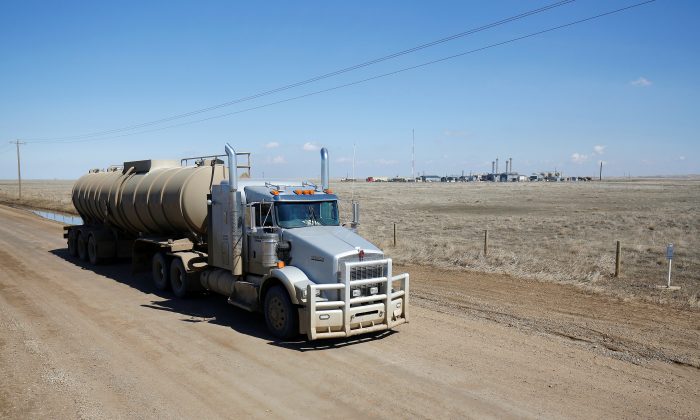 WINNIPEG/VANCOUVER—At an Alberta oil loading terminal, a convoy of big rigs are gearing up to haul Canadian crude oil hundreds of miles through bone dry fields across the U.S. border into Montana, where the oil will be transferred to pipelines and rail cars headed south and west.

Trucks loaded with crude are an increasingly common sight at the border. Production has risen in the world’s fifth largest producer but full pipelines and a rail car shortage have made it difficult for drillers to ship oil out of Canada.

Some oil producers are feeling the pressure from customers. Alberta-based Gear Energy Ltd pumps about 7,500 barrels of oil equivalent per day, and recently had an Asian customer walk away from an agreement to buy crude after failing to secure a way to ship oil to the West Coast.

“We’ve never had more inbound calls looking for heavy oil,” said Gear Chief Executive Officer Ingram Gillmore. “And we have never had more challenges actually getting it to them. It is very frustrating.”

Production in Canada rose 8 percent in the last year to a record 4.2 million barrels per day (bpd) and is forecast to keep rising. Over the next five years, OPEC production is expected to only grow modestly, leaving the bulk of forecasted global supply increases to the United States and Canada.

But Canada’s oil industry faces significant challenges, not the least of which are high production costs, remote oil fields and, perhaps most pressing, the shipping bottlenecks. So significant are the problems that a number of oil majors have withdrawn from Canada.

No easy solution is on the horizon. Plans for new export pipelines are running into opposition from environmentalists, Aboriginal groups and rival provinces. Most recently, Kinder Morgan Canada hit the brakes on its Trans Mountain expansion, and TransCanada Corp has not yet fully committed to its Keystone XL project.

Frustrated and fearful of missing out on the rebound in prices, drillers are increasingly relying on trucks to move oil to the market. Crude exports from Canada by road nearly tripled from 2015 to 2017, and continued to rise in the first two months of 2018, according to StatsCan data provided to Reuters.

However, a truck can only carry 200 barrels of oil, compared with 60,000 barrels in one unit train, or nearly 600,000 per day on the Keystone Pipeline – the equivalent of 3,000 trucks. Each one of those trucks needs a driver and enough fuel to carry crude over long distances. Moving crude by truck is at least 10 times more expensive on a mile-for-mile basis compared with rail or pipeline.

“We have demand for 50,000 bpd and we can move about a fifth of that,” said Jarrett Zielinski, chief executive of Torq Energy Logistics, an Alberta company that owns rail loading facilities and 275 trucks.

Rising opposition to pipelines is hitting Alberta, the landlocked province where most Canadian oil is produced.

The fight over the Trans Mountain expansion, which would nearly triple the capacity of the 1,150-kilometre (715 mile) line from Alberta to a British Columbia port, has engulfed two provinces and the government of Prime Minister Justin Trudeau.

British Columbia is opposed to the project, which prompted Kinder Morgan to suspend work on the line. Alberta’s premier threatened to cut fuel deliveries to its neighboring province in retaliation.

As for trains, during certain months, rail operators face political pressure to prioritize movement of agricultural products. Rail operators want long-term deals from shippers, but oil companies prefer to have the flexibility to shift to pipelines if space becomes available.

By contrast, rail exports averaged 4 million barrels a month in 2017.

Monthly demand fluctuates based on the discount for western Canadian crude versus the U.S. benchmark. When the discount is above $20, oil producers will pay to haul crude up to five hours, more than twice as far as usually makes economic sense, Zielinski said.

However, the trucking industry’s capacity to move more crude is limited by a severe driver shortage in Western Canada, said Andrew Barnes, director of compliance and regulatory affairs at Alberta Motor Transportation Association.

This is not unique to Canada. Booming production in west Texas has strained pipeline capacity, increasing reliance on trucks to deliver to injection points. But ongoing pipeline construction in Texas should alleviate the glut in the next year, while Canada’s future in less clear.

The uptick in truck transport also raises safety questions. There were 205 road accidents involving crude tanker trucks in Canada from 2010 through 2016, which killed 10 people, according to Transport Canada data. There were nine accidents involving crude trains, though one was the Lac Megantic, Quebec disaster in 2013, where a train hauling 72-crude cars derailed and exploded, killing 47.

Desperate for access, companies were pushing Ceres to accelerate long-term plans to add crude hauling, starting with a C$1 million ($795 million) facility to transfer crude from trucks to rail and onto the BNSF system.

“Every day they have fewer options of where to take it,” said Ceres CEO Robert Day, who said his company is working to get to the point where they can load oil. “We’re going to work real hard to make that happen in 2018.”

The bottlenecks are frustrating for Canadian oil producers because heavy crude is in great demand from U.S. Gulf of Mexico refineries, which are designed to process it, and have faced shortages of Venezuelan and Mexican heavy crude.

Large producers tend to store oil until they have enough volume to fill a train, but for smaller producers who cannot shut production and lack storage capacity, trucks may be the only option, said a Calgary trader.

“At the end of the day, you cannot put it back in the ground – it has to go somewhere,” he said. “If your alternative is a camel or a donkey, then that’s the alternative you have to go with.”

By Rod Nickel and Julie Gordon