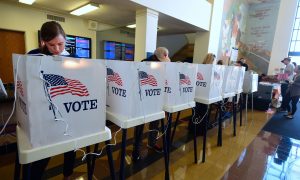 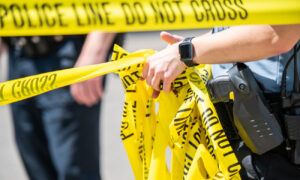 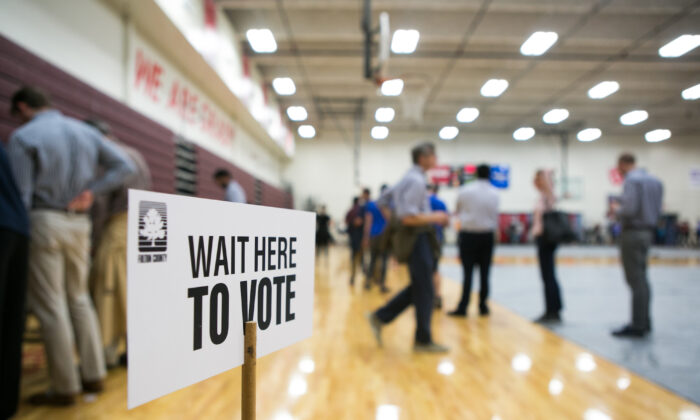 Voters line up to cast their ballots at a polling station set up at Grady High School for the mid-term elections in Atlanta, Ga., on Nov. 6, 2018. (Jessica McGowan/Getty Images)
2020 Election

Facing criticism from students and voting rights advocates, the University of Georgia (UGA) reversed an earlier decision to cancel in-person voting on its campus while still allowing football games to take place as scheduled.

In a Thursday statement, UGA spokesman Greg Trevor said the university is willing to offer its Stegeman Coliseum as an early-voting site, and that it hopes to “facilitate on-campus voting in this indoor venue, which is large enough to support safe social distancing.”

The decision came after UGA Votes, a student-led nonpartisan voting group, announced on Wednesday that it was “deeply saddened” by the university’s decision to not allow on-campus voting for the 2020 presidential election at the Tate Student Center.

The group, which organized on-campus voting at Tate Center’s basketball arena for the 2016 presidential election and the 2018 midterm election, said in a statement that the primary issues cited for the cancellation is the “potential liability related to COVID-19 pandemic,” including concerns that “social distancing would be unenforceable.”

Meanwhile, the university is going to proceed its delayed 2020 football season. The Georgia Bulldogs’ first home game is scheduled for Oct. 3 against the Auburn Tigers, with thousands of fans expected to attend.

“The University of Georgia has made a troubling decision to disallow early voting on campus, which was available to students in the 2018 election,” said voting rights advocacy group Fair Fight in an online petition calling on the university to reconsider. “Removing the ability of students, faculty, and staff to vote on campus, while allowing the UGA football season to proceed, sends the wrong message about our university.”

“Certainly, the university can find a way to allow both,” read the petition, which accumulated over 2,300 supportive signatures in less than a day.

In its initial response, the UGA tried to defend the decision. “Those comparing this matter to a football game should be able to recognize that football games will be played outdoors but we will still require social distancing by substantially reducing capacity in the stadium,” said UGA spokesman Greg Trevor, adding that the university would provide buses to ship students to vote in downtown Athens.

Hours after the announcement, the university back down and suggested Stegeman Coliseum as an alternative voting location.

“While the University cannot host an election site at the Tate Center during the pandemic, the institution remains more than willing to make a safer site, such as the Coliseum, available as approved by the Secretary of State and the local election office,” Trevor said.