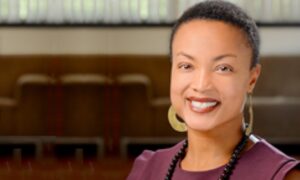 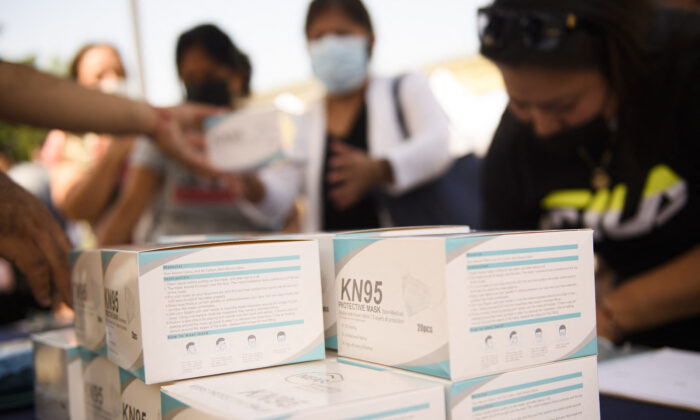 A year and five months since Americans were told they had “two weeks to flatten the curve,” the ongoing COVID-19 pandemic, caused by the CCP (Chinese Communist Party) virus, has had many long-range effects, many of which are still poorly understood.

One such effect is the environmental pollution caused by protective masks, which have been recommended by the Centers for Disease Control (CDC) and other public health agencies at various times to various groups.

Despite limited or conflicting evidence for the effectiveness of surgical and cloth masks in preventing the transmission of COVID-19, the CDC still recommends or even mandates masking in a variety of circumstances, including on public transit.

When the COVID-19 pandemic began, the United States and other countries struggled with mask shortages, partly because China had bought up many of the available masks in other countries.

Since then, companies in the United States and elsewhere have ramped up production. 3M, for example, reached an annual production rate of 2.5 billion N95 respirators as of early 2021, quadrupling the number manufactured in 2019. (3M didn’t respond to requests for comment on their current rate of production).

In early March of 2020, the World Health Organization (WHO) estimated that the world would need 89 million medical masks per month to address the COVID-19 pandemic. In the succeeding months, mask mandates and other recommendations have made masks ubiquitous. Some researchers have spotlighted them as a significant new potential source of pollution.

Nsikak Benson, a professor at Covenant University in Nigeria, has estimated that 3.4 billion single-use masks are thrown out every day around the world. This amounts to roughly 102 billion discarded every month. Benson pointed out that an independent team based in Portugal and Canada and led by Joana C. Prata had generated a similar estimate, calculating that people around the world could be using 129 billion masks per month.

The filters in single-use surgical masks are usually produced from a plastic called polypropylene.

Benson’s calculations relied on a hypothetical “mask acceptance rate by population,” which he said was based on “governmental and community directives on face mask mandates, population density, and economic status of countries.”

In North America, for example, he and his coauthors computed an acceptance rate of 80 percent, along with an average of one mask used per capita every day. This led him to conclude that the continent disposes more than 244 million masks per day, generating more than 27 million tons of plastic waste.

Benson voiced concerns about the ecological and human impact of discarded masks as well as other waste generated in the course of the pandemic.

“The plastic pollution pyramid has continued to grow in the aftermath of the COVID-19 response, which resulted in the introduction of millions of face masks and other personal protection equipment into terrestrial and marine environments,” Benson wrote in an email. “This could pose imminent threats to our environment, oceans, and marine organisms. These organisms, which include fishes, turtles, beach seabirds, whales, and other marine mammals, may be at risk of entanglement and accidental, intentional, or indirect consumption of discarded face masks that could result in severe fatalities or injuries.

“Improperly discarded face masks could absorb multiple toxic chemicals in marine ecosystems, including endocrine disruptors … and cancer-causing neurotoxins capable of interfering with hormones, resulting in birth abnormalities and reduced fertility. Furthermore, there are human health risks associated with these adsorbed chemicals found in plastic particles, which are predominantly consumed through seafood intake, a common protein source for many people worldwide.”

In their paper, Benson and his coauthors also noted that the U.S. Food and Drug Administration (FDA) labels all FDA-approved N95 respirators as “single-use.” This might also be expected to increase the plastic waste produced during the pandemic, particularly after the FDA revoked its emergency use authorization for respirator decontamination systems in June 2021.

Jacqueline Chu, a physician at Massachusetts General Hospital, also worries about the overuse of disposable respirators.

“As of February 2020, the production rate of face masks in China alone was estimated to have increased by [twelve]-fold,” wrote Chu in an email. This demand for face masks and other personal protective equipment is concerning for the amount of medical waste that will be added to the environment.”

In a July 2021 paper for BMJ Open Access, she and her coauthors modeled several different N95 respirator usage strategies among healthcare workers.

They found that the careful reuse of respirators could significantly decrease costs, reducing the amount spent on respirators during the first six months of the COVID-19 pandemic from a high of $6.38 billion to as low as $831 million. Reuse could also significantly curb waste.

“As we anticipate the need for masks to continue both in healthcare and non-healthcare settings for at least the next year, we recommend that countries invest in decontamination- and reuse-based strategies to lessen the economic and environmental toll.”