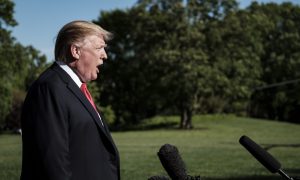 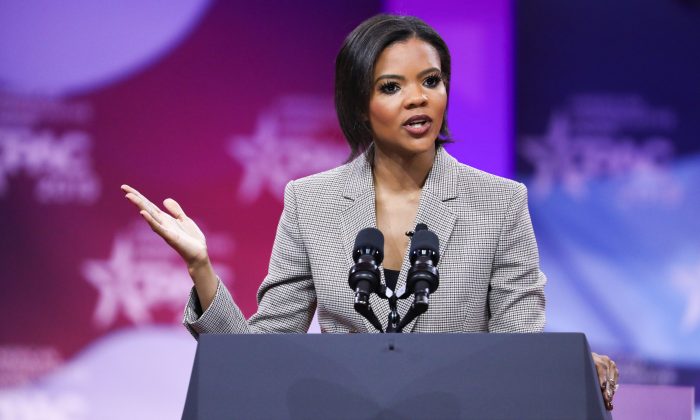 Facebook has encouraged some of its employees to probe the background of conservative commentator Candace Owens for anything that could give the social media giant grounds to kick her off its platforms, an internal Facebook document described and partially leaked to Breitbart indicates.

The document is a spreadsheet on “Policy Review” of what the company calls “hate agents.” It was created in early April and was related to prominent figures recently banned from the platform, a Facebook spokesperson said. Owens was listed on the document under the note, “Extra Credit (We should look into these after we’re done with the above designation analysis).” The spokesperson believed Owens hadn’t yet been investigated.

Owens, who is black, came out as a conservative in a July 2017 YouTube video and has since become one of the most popular conservative speakers in America. She’s argued that liberal policies have hurt black communities, such as by weakening family structure through welfare incentives, undercutting black workers through supporting illegal immigration, and suppressing black birthrates through promoting abortion.

Her Facebook account was suspended on May 17 for seven days after she posted a picture of her Twitter post that listed the disparity between poverty rates among blacks and whites in the United States, as well as the high father absence rate in black households. She blamed liberal policies.

“Black America must wake up to the great liberal hoax,” she wrote. “White supremacy is not a threat. Liberal supremacy is.”

My @facebook page has been suspended for 7 days for posting that white supremacy is not a threat to black America, as much as father absence and & liberal policies that incentivize it, are.

I am censored for posting the poverty rates in fatherless homes. pic.twitter.com/Yh9DSW6DPk

The document indicated that Facebook employees were to look into what Owens is “known for,” including her “ideology, actions, major news, etc.”

They were also supposed to list “Affiliated Hate Entities” of Owens. The spokesperson didn’t respond to questions on what Facebook considers a “Hate Entity,” what constitutes an affiliation, and how can users avoid such affiliations.

The spokesperson also didn’t respond to questions on why Owens was singled out for such scrutiny and why was it relevant for Facebook to determine Owens’s ideology.

“To the brave employee who leaked this— thank you,” Owens responded in a May 18 tweet. “To lawyers that follow me— is this legal? I am taking this very seriously.”

An internal memo from @facebook has leaked. They are offering “extra credit” to employees that can figure out how to segregate me from their platform.
To the brave employee who leaked this— thank you.
To lawyers that follow me— is this legal?
I am taking this very seriously. https://t.co/0Fbcj8IJAO

Facebook maintains that it doesn’t look at people’s political views when deciding whom to ban, but its Community Standards are, to a degree, a partisan manifesto. The standards heavily focus on suppressing “hate speech,” even though Americans are divided sharply along political lines on what does and doesn’t constitute “hateful” speech, a 2017 Cato survey (pdf) showed.

While in the United States, most of what Facebook labels as “hate speech” would be lawful to utter publicly because of First Amendment protections, some European countries have laws against “hate speech,” forcing Facebook to take such content offline. Facebook could theoretically make such content only available to users in locales where it’s lawful, but the company has apparently subscribed to the “hate speech” doctrine, tripling its content policing force to some 30,000.

The document with Owens’s name was posted into an internal discussion group set up by former Facebook senior engineer Brian Amerige, who left the company due to disagreements over content policing.

“I’m glad to see the group continues to be used to raise awareness inside the company about Facebook’s slippery slope of a content policy,” he said via the Facebook Messenger app. “In a very sad way, it’s comically predictable to see people listed as ‘extra credit’ to watch and investigate. Evolution into the ‘thought police’ is the inevitable result of their dangerous and ineffective approach to promoting the truth.”

The core issue Amerige hit an impasse on with Facebook executives was their insistence on suppressing “hate speech,” which Amerige deemed misguided.

“Hate speech can’t be defined consistently and it can’t be implemented reliably, so it ends up being a series of one-off ‘pragmatic’ decisions,” he previously said. “I think it’s a serious strategic misstep for a company whose product’s primary value is as a tool for free expression.”

Facebook not only acknowledged that it can’t draw a clear line between what is and isn’t “hate speech,” but that it also keeps a portion of its rules secret.

A Facebook spokesperson previously told The Epoch Times that users are partially kept in the dark to prevent them from circumventing the rules, but didn’t respond when asked why the company doesn’t spell out its policies in full and add a rule against rule circumvention.

Correction: A previous version of this article incorrectly referenced the U.S. Constitution. The reference was supposed to be to the First Amendment. The Epoch Times regrets the error.