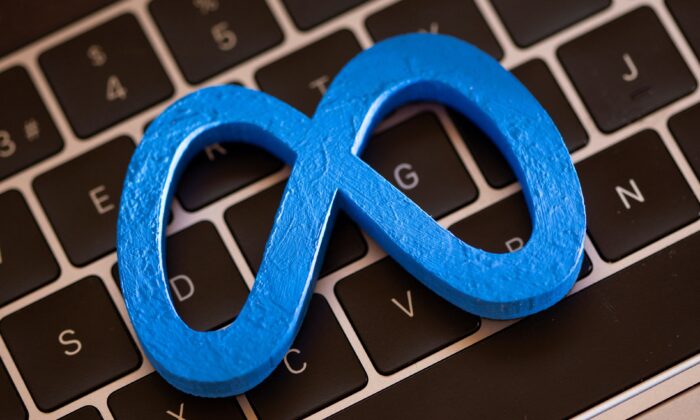 Facebook parent company Meta is being sued for £2.3 billion ($3.2 billion) in a first-of-its-kind lawsuit in the United Kingdom for allegedly abusing its market dominance and exploiting user data.

The social media giant is being sued by competition law expert Dr. Liza Lovdahl Gormsen, who took to Twitter on Friday to announce the class-action lawsuit against Meta on behalf of affected UK Facebook users.

“Facebook is by far the largest social network in the UK. Yet, there was a dark side to Facebook’s ubiquity: it is alleged to have abused its market dominance to impose unfair terms and conditions on ordinary Britons giving it the power to exploit their personal data,” Lovdahl Gormsen said in a statement. “As many as 44 million UK Facebook users may have been subject to this abuse by Facebook.”

“By exploiting users’ data, both within the Facebook platform and off-platform through mechanisms like the Facebook Pixel, the company was able to build very detailed pictures of users’ internet usage,” Gormsen said. “By using deep data profiles of its users, the company generated excessive profits.”

Gormsen, who specializes in EU and UK Competition Law; UK Company Law and Corporate Governance, went on to claim that Facebook had abused its market dominance to “strike an unfair bargain with users, imposing terms and conditions on a take it or leave basis to access to its social network in exchange for users’ highly valuable personal data, and zero monetary recompense.”

The lawsuit, which will be heard by London’s Competition Appeal Tribunal, argues that Facebook set an “unfair price” for its 44 million affected UK users and should pay them compensation for the exploitation of their data between 2015 and 2019.

“The ‘price’ set for gaining access to the social network was the surrender of UK users’ highly valuable personal data on a take it or leave it basis for using the network,”  Gormsen said. “In return, users only received ‘free’ access to Facebook’s social network, and zero monetary recompense whilst Facebook generated billions in revenues from its users’ data. This unfair deal was only possible due to Facebook’s market dominance.”

Dr. Gormsen said her lawyers, Quinn Emanuel Urquhart & Sullivan, LLP, have informed Meta of the claim. The lawsuit is seeking £2.3 billion in damages plus interest.

Due to the sheer scale of Facebook’s user base, the class action lawsuit is being done as an “opt-out” collective action, meaning that affected UK users will automatically be a part of the claim unless they decide to opt-out from it.

A Meta spokesperson told The Epoch Times: “People access our service for free. They choose our services because we deliver value for them and they have meaningful control of what information they share on Meta’s platforms and who with. We have invested heavily to create tools that allow them to do so.”

Gormsen’s lawsuit comes after a federal judge earlier this week ruled that the U.S. Federal Trade Commission (FTC) can proceed with its antitrust lawsuit against Meta.

The FTC filed its lawsuit against the social media giant last year alleging that the company holds an unlawful monopoly in personal social networking services, around 60 percent of the social media networking market, and maintained it by acquiring the competitors Instagram and WhatsApp.

However, the case was dismissed in June last year after a judge found that the FTC had failed to plausibly allege “that Facebook has monopoly power in the market for Personal Social Networking (PSN) services.”

On Tuesday, District of Columbia Judge James Boasberg said that the commission’s revised version of the complaint this time contained enough alleged facts to “plausibly establish that Facebook exercises monopoly power in the market for PSN services.”