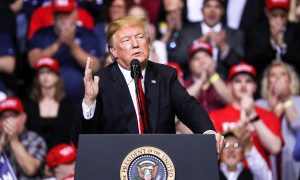 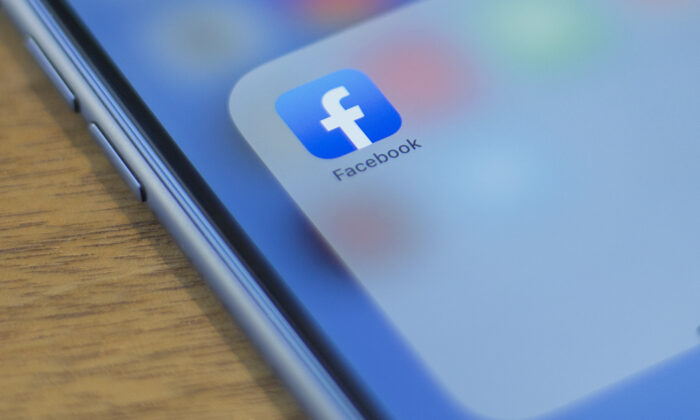 The Facebook logo is seen on a phone in this photo illustration in Washington, on July 10, 2019. (Alastair Pike/AFP/Getty Images)
US News

Facebook has begun its launch of a brand-new tab called “Facebook News” that will appear in the mobile app for a small number of people in the United States.

Some of the key features according to the company are “Today’s Stories,”news articles chosen by a team of journalists to highlight reports throughout the day, and “Topic sections,” which would give users the option to dive deeper into areas such as business, entertainment, health, science and tech, and sports.

Facebook, in their announcement, did not mention the specific media companies they would employ. When asked by The Epoch Times for a list of such publishers, a company spokesperson said via email they are not identifying them but said the number will grow over time and will be “dynamic.”

The spokesperson also noted if a “publisher falls out of eligibility for posting misinformation, or clickbait or scraping content—for example,” they would be cut from the tab. According to the spokesperson, the news tab will feature “a wide range of content across four categories of publishers: general, topical, diverse, and local news.”

According to the Associated Press, the news tab will display headlines from the Wall Street Journal, the Washington Post, BuzzFeed News, Business Insider, NBC, USA Today, and the Los Angeles Times, among others. Local stories from several of the largest U.S. cities will also make the grade; headlines from smaller towns are on their way, Facebook says.

Tapping on the headlines would take the user directly to the publisher’s website or app if they already had it installed.

Facebook has declined to say how much it would be paying its publishers, saying only that it would be paying “a range of publishers for access to all of their content.” Just last year, CEO Mark Zuckerberg said he wasn’t sure it “makes sense ” to pay news outlets for their material.

Zuckerberg told Axios in an interview that the new tab marks an “important moment in our relationship with the news industry and with journalism.”

When asked how he would handle complaints of bias, Zuckerberg replied, “I’m sure we’re going to make mistakes.”

“But we’re approaching this in a different way than we have before. We’re building a team of people who have real experience as journalists. We’ve hired a diverse group who have different backgrounds and views and different nationalities.”

Facebook shut down its most recent effort to curate news, called “Trending Topics,” in 2018. Conservatives brought up concerns of political bias, leading Facebook to fire its human editors and automate the section until it began recycling false stories, after which the social giant shut it down entirely.

The announcement from Facebook comes days after Zuckerberg conceded to lawmakers in a five-hour hearing on Wednesday that the company is “not the ideal messenger” for its worldwide cryptocurrency project dubbed “Libra,” which aims to allow users to make payments with their smartphones, and said he supports a delay of the venture until regulatory concerns are adequately addressed.

Zuckerberg was increasingly on the defensive as he addressed a wide range of concerns at the hearing conducted by the House Financial Services Committee—some of which were outside the scope of Libra, such as “deepfakes” and Facebook’s policy on fact-checking politicians—in his first appearance before Congress since April 2018.

Libra, which was first announced by Facebook earlier this year, is being created with blockchain technology and would involve working with companies such as MasterCard, Visa, and eBay. Recently, a slew of major companies, including the ones mentioned, backed out amid public criticism and concerns that the digital currency would affect national security and enable money laundering and other financial crimes.