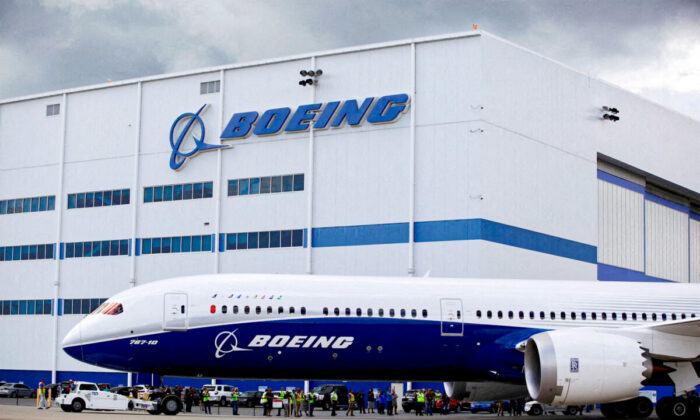 WASHINGTON—The head of the Federal Aviation Administration said Thursday the agency needs a “systemic fix” from Boeing to address 787 Dreamliner production issues but said a new agency directive would not be a “choke point” for deliveries.

The FAA on Tuesday said it would not allow Boeing to self-certify individual new Boeing 787 planes.

Outgoing FAA Administrator Steve Dickson told a small group of reporters on the sidelines of an event Thursday that the agency needs from Boeing “a systemic fix to their production processes. They’ve got to produce the quality on their production line that we’re looking for and that they’ve committed to.”

The FAA said Tuesday it will retain the authority to issue airworthiness certificates until it is confident “Boeing’s quality control and manufacturing processes consistently produce 787s that meet FAA design standards.”

Dickson said retaining certification authority “will increase the confidence we have in the stability of their processes, because we will actually be there looking at the results of each airplane as it comes off the line.

“I think they are putting processes in place and we’re working with them to make sure that these kind of random quality issues don’t come up,” he said. The FAA approval of individual airplanes “is not going to be a choke point but it’s going to give an additional check and balance.”

Boeing suspended deliveries of the 787 in late May after the FAA raised concerns about its proposed inspection method. The regulatory agency had issued two airworthiness directives to address production issues for in-service airplanes and identified a new issue in July.

Deliveries have remained halted as U.S. regulators reviewed repairs and inspections. Deliveries are expected to remain frozen months longer. Dickson declined to forecast when Boeing might be able to resume deliveries.

The FAA said earlier it wants Boeing to ensure it “has a robust plan for the re-work that it must perform on a large volume of new 787s in storage” and that “Boeing’s delivery processes are stable.”

The 787 program remains at a low production rate, with an expected gradual return to five per month over time, Boeing said.

The company disclosed a $3.5 billion charge due to delivery delays and customer concessions, and another $1 billion in abnormal production costs, related to production flaws and related repairs and inspections on the advanced composite jet.

Dickson said Boeing is improving. “I have not had any issues with Boeing leadership in the last year—I definitely think they are headed in the right direction,” he said.