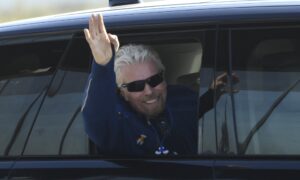 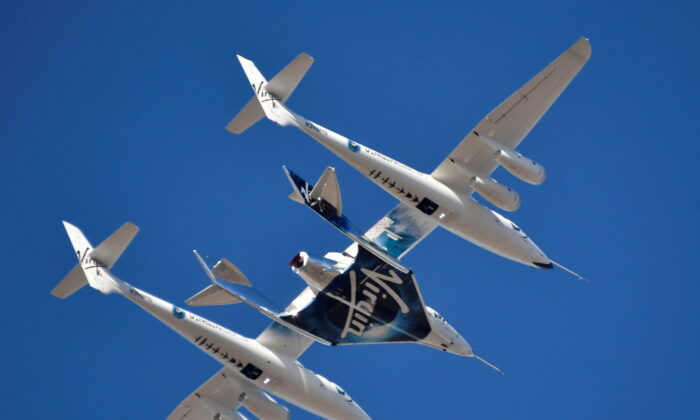 The U.S. Federal Aviation Administration (FAA) has cleared Virgin Galactic’s SpaceShipTwo to fly again following an inquiry into a incident during its July spaceflight, the company announced Wednesday.

The FAA announced in August that it was investigating the mishap in which a rocket ship carrying Virgin Group founder Richard Branson and five Virgin Galactic employees veered off course during its descent back to New Mexico on July 11. The deviation put the ship outside the air traffic control clearance area.

Subsequently, the FAA banned Virgin Galactic’s SpaceShipTwo from flying until the investigation established whether the issues related to the flight affected public safety.

At the time, Virgin Galactic acknowledged the space plane dropped below the protected airspace for one minute and 41 seconds.

In a statement to The Hill, a Virgin Galactic spokesperson said that the flight’s “ultimate trajectory deviated from our original plan,” but said it was a “controlled and intentional flight path.”

“At no time were passengers and crew put in any danger as a result of this change in trajectory, and at no time did the ship travel above any population centers or cause a hazard to the public. FAA representatives were present in our control room during the flight and in post-flight debriefs. We have been working closely with the FAA to support a thorough review and timely resolution of this issue,” the spokesperson said.

On Wednesday, Virgin said it had been given the all-clear to fly again after the FAA concluded its inquiry that focused on air traffic control clearance and real-time mission notification related to the Unity 22 flight in July.

The FAA has agreed that proposed actions taken by Virgin Galactic to correct the issues are acceptable.

“Our entire approach to spaceflight is guided by a fundamental commitment to safety at every level, including our spaceflight system and our test flight program,” Michael Colglazier, chief executive officer of Virgin Galactic, said in a statement.

“We appreciate the FAA’s thorough review of this inquiry. Our test flight program is specifically designed to continually improve our processes and procedures. The updates to our airspace and real-time mission notification protocols will strengthen our preparations as we move closer to the commercial launch of our spaceflight experience.”

Virgin Galactic added that it is focusing on its pre-flight readiness for Unity 23, which will carry members of the Italian Air Force to and from suborbital space, after it discovered a potential manufacturing defect in a component of the flight control actuation system supplied by a third-party.