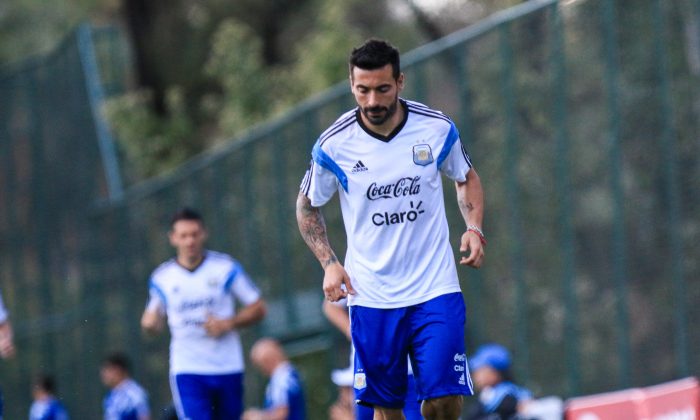 Ezequiel Lavezzi of Argentina during the Argentina training session at Cidade do Galo on July 6, 2014 in Vespasiano, Brazil. (Netun Lima/Getty Images)
Gaming

In the UEFA Champions League, Lavezzi made 8 appearances (2 as a substitute) scored 2 goals, and provided 2 assists, according to WhoScored.com.

In FIFA 14, EA’s popular video game, Lavezzi has a rating of 85 in Career mode, and a growth potential of 1, according to Futhead.com.