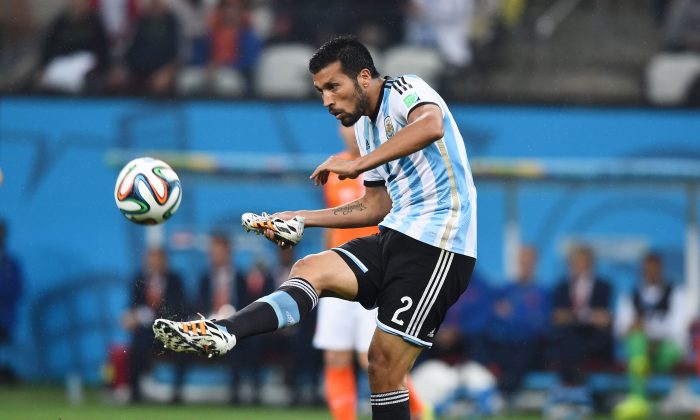 Ezequiel Garay’s left boot came off in the 48th minute.

Something you don’t see everyday: Garay smashes the ball out of play while holding a boot in his hand pic.twitter.com/YFFuerzJTK