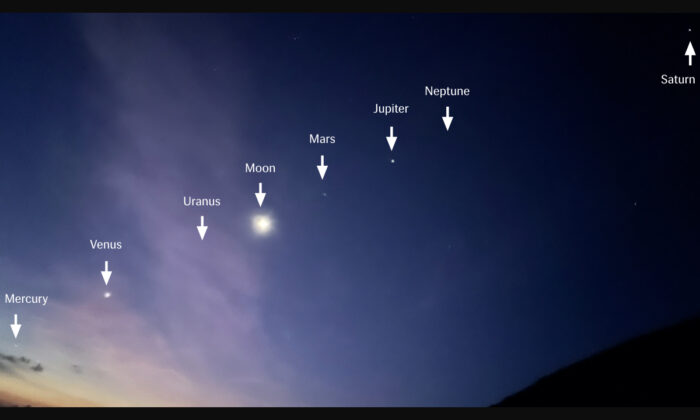 Of the eight planets alignment, seen in Hong Kong on June 24, 2022, six planets could be clearly seen with the naked eye and five planets could be seen when photographed by cell phone. (TM Chan/The Epoch Times)
Hong Kong

Mercury, Venus, the Moon, Mars, Jupiter and Saturn could be clearly seen with naked eye, and the “five-planet alignment” could also be clearly photographed by cell phones, but Uranus and Neptune couldn’t be seen clearly with the naked eye.