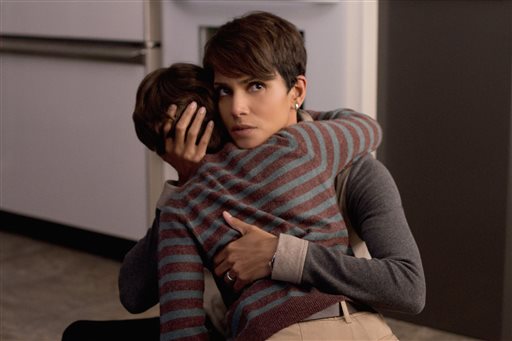 Extant kicked off with a strong episode last week and spoilers are already coming out regarding what’s in the future this season.

The CBS show detailed how Molly (Halle Berry) was on a solo mission in outer space when she was visited by a being that took the form of her ex-boyfriend. When she got back to Earth, she found out that she was pregnant.

Now viewers are wondering whether the guy, Marcus, will pop up again. And the answer is yes.

“She’s reminded that her past is as important as what’s going on in her present because it’s all relative,” Sergio Harford, who plays Marcus, told TV Guide, referring to how the fact that whatever the entity is appeared to Molly as her dead first love is a key to the big mystery on the show.

“You’ll slowly start to figure out their past and the relationship that they had makes sense to what’s going on currently in her situation, even with her family.”

Episode 2 is slated to air on Wednesday night.

CBS has released a description:

“After Molly collapses and experiences a vision of her encounter on the Seraphim, Sam agrees to give her an ultrasound so she can learn more about her mysterious pregnancy. Also, Molly tracks down Kryger and he reveals the disturbing details of his own solo mission that the International Space Exploration Agency (ISEA) is keeping secret.”