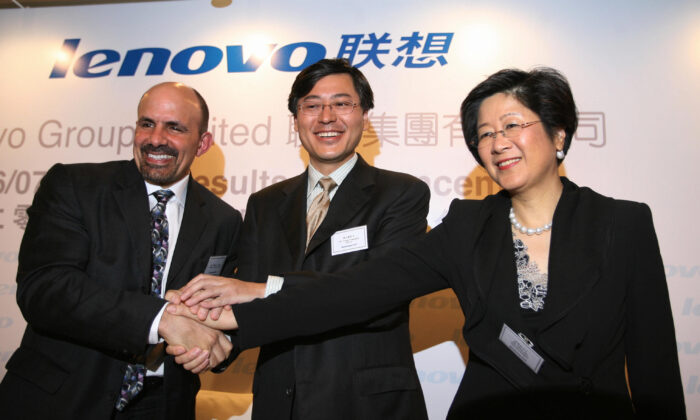 Editor’s note: This article is part three of a three-part series. Part 1 looks at Beijing’s crackdown on Didi and introduces the company’s ties to the Chinese military and state-owned businesses. Part 2 looks further into Didi’s ties with China’s business elites, the Chinese military, and Lenovo Group.

Chinese investment firm Boyu Capital and its late co-founder Ma Xuezheng have contributed to Didi’s success. Under Ma’s direction, Boyu Capital—which has ties to Lenovo Group and the family of former Chinese leader Jiang Zemin—became one of Didi’s major investors.

China’s largest ride-hailing platform Didi Global Inc. listed on the U.S. stock exchange at the end of June. After five days, the Chinese authorities ordered a cybersecurity review and the removal of all Didi apps. On July 5, Chinese media Multi-Dimensional News cited a source close to the financial regulator who claims that top CCP officials are punishing Didi for ignoring the request to not list the company in the United States. The source said Didi’s punishment will be much worse than Alibaba’s.

On Sept. 2, 2019, Lenovo Group announced that Ma Xuezheng (also known as Mary Ma), passed away on Aug. 31, 2019, at the age of 66. Ma was an independent non-executive director on the board of the company and also served as the deputy to Lenovo’s founder, Liu Chuanzhi, for 17 years. Liu once joked, “I work for Ma Xuezheng.” This statement alluded to Ma’s influential role in the company.

Ma was once the youngest director of the Chinese Academy of Sciences (CAS). CAS founded Lenovo in 1984 and it is the largest shareholder of Lenovo.

Ma oversaw major events, including Lenovo’s IPO in Hong Kong in 1994; the merger of Lenovo Hong Kong and Lenovo Beijing in 1997; and the spin-off of Lenovo Group and Digital China from Legend Holdings in 2001. Ma also played an important role in Lenovo’s acquisition of IBM’s personal computer business (PC) in 2005.

Ma was involved in Lenovo’s early investments in Sohu, Kingsoft, and other companies, according to a 2010 report by 21st Century Business Herald.

In September 2007, Ma stepped down as Lenovo’s chief financial officer and joined Texas Pacific Group (TPG), a top U.S. private equity firm, as managing director. She was responsible for the company’s branch in China.

In 2011, Ma resigned from her executive position at TPG to join Boyu Capital, one of the largest private equity firms in China and established by Jiang Zhicheng (Alvin Jiang), Jiang Zemin’s grandson. Boyu Capital is known for staying out of the spotlight. But when it made its first public debut in 2011, the media focused on Ma instead of Jiang Zhicheng, according to a 2014 Reuters report.

After Ma joined Boyu Capital, its co-founders continued to grow, including Louis Cheung, a former executive director of Ping An Insurance Group of China, and Sean Tong, a veteran of Providence Equity Partners and General Atlantic, a U.S. private equity firm, the report said.

According to a special report published by Reuters in April 2014, “Princelings have played central roles in businesses involved in finance, energy, domestic security, telecommunications, and the media. Private equity, featuring deals that are often by their nature opaque, has proven to be a natural haven for them.”

After graduating from Harvard University with a B.A. in Economics in 2009 and working as an analyst in the private equity division of Goldman Sachs in Hong Kong, Jiang resigned nine months later and founded Boyu Capital.

On Sept. 21, 2010, Jiang filed the incorporation papers in Hong Kong, listing himself as the sole director of Boyu Capital.

Boyu’s earliest investment was to help Alibaba founder Jack Ma buy back his stake in Alibaba from Yahoo in 2012. At that time, Boyu Capital joined a consortium led by China Investment Corporation (CIC) to raise $7.1 billion, which was needed to buy back Yahoo’s 40 percent stake in Alibaba Group.

As a result, CIC received a 5.6 percent stake in Alibaba. Alibaba was valued at about $38 billion in 2012. By April 2014, analysts estimated Alibaba’s value to be at least $140 billion. This means that Boyu Capital, as part of the CIC consortium, has increased the value of its investment by more than 3.5 times over an 18-month period.

Boyu Capital is also one of the investors behind Alibaba’s Ant Group. Ant Group was scheduled to be listed simultaneously in Shanghai (A-share) and Hong Kong (H-share) on Nov. 5, 2020. However, on the eve of the IPO, Ant Group’s controller Jack Ma, chairman Jing Xiandong, and president Hu Xiaoming were asked to meet with the four major regulators of the CCP on Nov. 2, 2020, and the listing of Ant Group was subsequently suspended on the grounds of “significant matters such as changes in the regulatory environment,” according to Xinhua. It is alleged that Xi Jinping personally called off the public listing of Ant Group.

Over the past few years, Boyu Capital has participated in financing more than a dozen companies, covering high-tech, biopharmaceutical, banking, and retail sectors, and is almost pervasive in China’s capital markets.

The Wall Street Journal reported on Feb. 22 that a source disclosed that two co-founders of China’s Boyu Capital have relocated to Singapore with a share of the company’s operations from its Hong Kong headquarters.

According to the source, the purpose of the relocation is to avoid the “potential scrutiny or adverse action by authorities in Beijing” and Boyu’s Singapore office “provides a potential refuge from political intrigue within the party.”