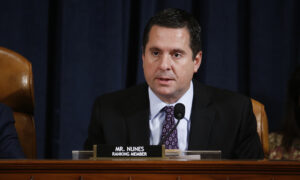 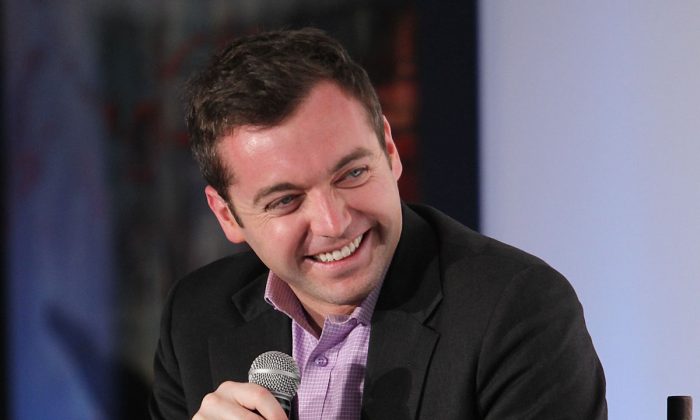 Michael Hastings participates in the Guardian's 'Post-Truth Politics & The Media's Role' dicussion at The LongView Gallery in Washington, D.C., on May 1, 2012. (Paul Morigi/Getty Images for The Guardian)
US

Exposé on CIA Chief John Brennan to Be Published: Report

Famed journalist Michael Hastings died in a car crash in June while he was working on a story about CIA director John Brennan. San Diego 6 News reported Monday that Hastings’s wife, Elise Jordan, said the article Hastings was working on will be published in an upcoming edition of Rolling Stone magazine.

The Los Angeles Times also reports that Hastings was working on a story about Brennan, though the nature of the content is not clear.

San Diego News 6 cites an email published on WikiLeaks as suggesting Brennan is responsible for a “witch hunt” on investigative journalists. It is an internal email sent between Stratfor employees. Strafor is a global intelligence company that handles U.S. government contracts.

The email reads: “Brennan is behind the witch hunts of investigative journalists learning information from inside the beltway sources.”

The CIA told San Diego News 6: “Without commenting on information disseminated by WikiLeaks, any suggestion that Director Brennan has ever attempted to infringe on constitutionally-protected press freedoms is offensive and baseless.”

Jordan addressed conspiracy theories that her husband was killed because of his probing into CIA matters in an interview with Piers Morgan on CNN early August: “I have no doubt that he was pursuing a hot story. He always had at least five hot stories going—that was Michael. Right now, the LAPD still has an active investigation. I don’t really have anything to add. My gut here is that it was just a really tragic accident and I’m very unlucky and the world is very unlucky.”