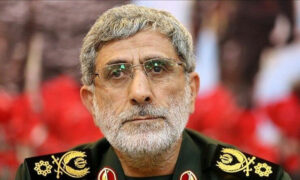 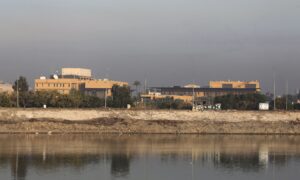 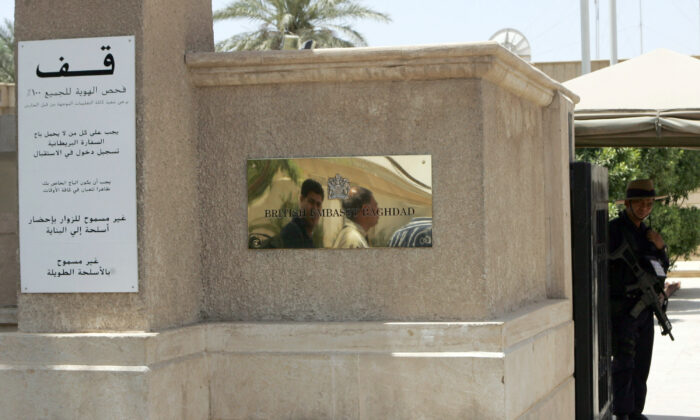 BAGHDAD—A British diplomatic vehicle was hit by an explosive device on Tuesday on the airport road in Baghdad but no one was injured, the British Embassy in the Iraqi capital Baghdad said.

“We can confirm that one British Embassy Baghdad vehicle was struck by a roadside IED this morning in Baghdad. There were no casualties,” an embassy spokesperson said.

Two security sources, who spoke on condition of anonymity, said the explosion was caused by a homemade explosive device that was planted on the side of the road. Iraqi special forces closed down the road leading to the Green Zone from the western side, they said.

Tuesday’s attack is the first attack of its kind on a diplomatic convoy along the road for years.

Separately on Tuesday, two Katyusha rockets landed inside the Green Zone, which houses government buildings and foreign missions, but caused no casualties or damage, the military said in a statement.

Rocket attacks against U.S targets have increased over the past few weeks, with many rockets landing in the vicinity of Baghdad airport or the Green Zone.

Last week, in two separate incidents several rockets landed within the perimeter of the airport.

Washington blames such attacks on Iranian-backed militia groups. Iran has not directly commented on the incidents but little-known groups believed to be connected to Iran-aligned militias have claimed responsibility for some attacks.