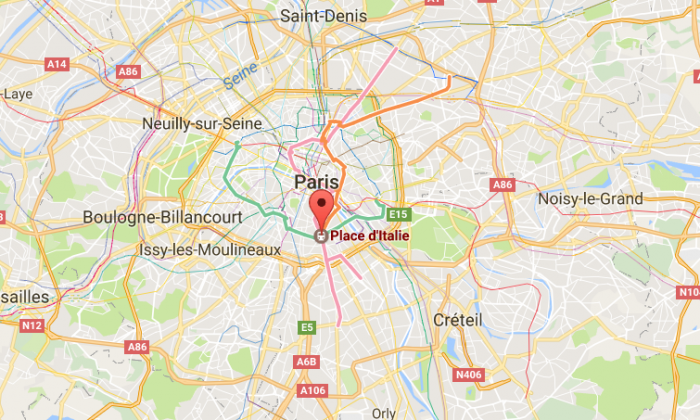 The blast wasn't sparked by terrorism, but an electrical fault
By Epoch Newsroom

An explosion was reported at a Paris metro station on Wednesday evening, but a spokesman told Reuters that it wasn’t a terrorist attack.

It was an electrical explosion, which emitted smoke at one of the stations, News Ltd. reported.

“No explosion. This was not a (terrorist) attack,” an unnamed spokesman for metro operator RATP was quoted as saying.

The incident was prompted by a technical problem—not a blast.

He said, “There was a technical incident on line 6 and there was a release of smoke. Maintenance workers are on the spot. Traffic has been interrupted on part of the line.”

Police attempted to move quickly to assuage fears of a new terrorist attack.

It’s unclear what prompted the electrical issue, but security personnel sealed off the area.

Reports said that as many as eight people were injured in the incident.

“The passengers were evacuated by the station agents. Firefighters quickly intervened and maintenance workers are currently on hand to deal with the problem. Two passengers were inconvenienced in addition to the drivers, and were taken care of,” RATP told local media outlets.