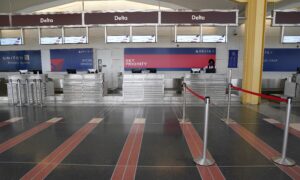 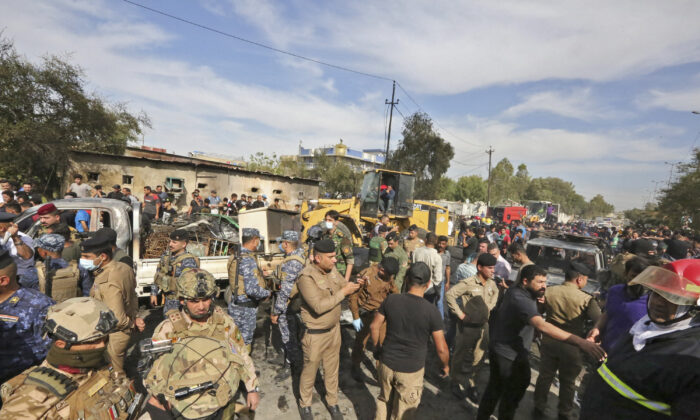 Members of the Iraqi army and security forces at the Sadr City suburb of Iraq's capital Baghdad in a file photo. (Sabah Arar/AFP via Getty Images)
Middle East

A military statement said an explosion took place in Sadr City but gave no details.

There was no immediate claim of responsibility. It was the second attack to hit Sadr City and the third to target a busy market this year in Baghdad.

In April four people were killed and 20 wounded in a car bomb attack in the same neighborhood. And in January a suicide attack killed at least 32 people in a crowded market.

Both attacks were claimed by ISIS terrorists.

Large bomb attacks, once an almost daily occurrence in the Iraqi capital, have halted since ISIS terrorists were defeated in 2017, part of an overall improvement in security that has brought normal life back to Baghdad.

Wednesday’s attack comes during an election year, a time when tension between rival Iraqi political groups has often caused violence.

The populist cleric Moqtada al-Sadr, after whom Sadr city is named and who commands a following of millions of Iraqis, counts among his enemies both ISIS and rival Shi’ite parties with militias backed by Iran.