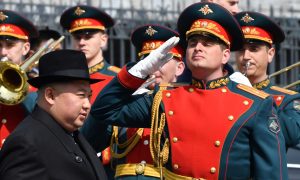 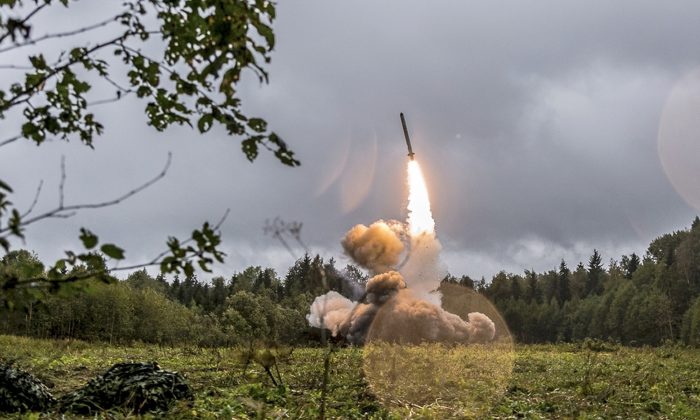 MOSCOW—Two people were killed and a nearby city reported a spike in radiation levels when a rocket engine blew up at a testing site in northern Russia on Thursday, Aug. 8, forcing authorities to shut down part of a bay in the White Sea to shipping.

The brief spike in radiation reported by authorities in the nearby city of Severodvinsk, inhabited by 185,000 people, apparently contradicted the defense ministry, which had earlier been quoted by state media as saying radiation was normal.

RIA news agency quoted the defense ministry as saying no dangerous substances had been released into the atmosphere by the explosion of what it called a liquid-propellant rocket engine in the Arkhangelsk region. In addition to the two deaths, it said six people were injured in the blast.

“At the test site of the Russian Ministry of Defense in the Arkhangelsk region, when testing a liquid rocket propulsion system, an explosion and ignition of a product occurred,” the military department reported.

“A short-term rise in background radiation was recorded at 12 o’clock in Severodvinsk,” Ksenia Yudina, a spokeswoman for the city authorities, said. A statement on the city’s website did not specify how high radiation levels had risen, but said the level had fully “normalized”.

The rocket engine explosion occurred at a weapons testing area near the village of Nyonoksa in Arkhangelsk region, the Interfax news agency cited unnamed security sources as saying.

Russian media said an area near Nyonoksa is used for tests on weapons including ballistic and cruise missiles that are used by the Russian navy.

An official at the northern port of Arkhangelsk said an area of the Dvina Bay in the White Sea had been closed to shipping for a month because of the incident.

“The area is closed,” the official, Sergei Kozub, said, without giving further details about the reasons for the move.

Officials did not give full details about the size or location of the area that was closed, but it did not appear to include Arkhangelsk itself, a major port for the export of oil products and coal.

The explosion is the second major incident to hit the military in Russia this week.

A series of blasts rocked an arms depot at a military base in Siberia on Monday, killing one, injuring 13 and prompting authorities to evacuate thousands of people from nearby settlements.

Tass news agency claims a fire in a storage unit for artillery charges has caused a series of explosion near the city of Achinsk.

Shock waves are normally invisible but the cloud cover has captured its movement. pic.twitter.com/dMNRcocKlV

By Tom Balmforth and Maria Kiselyova