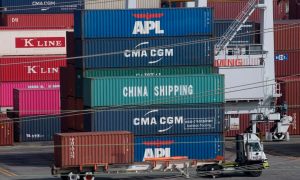 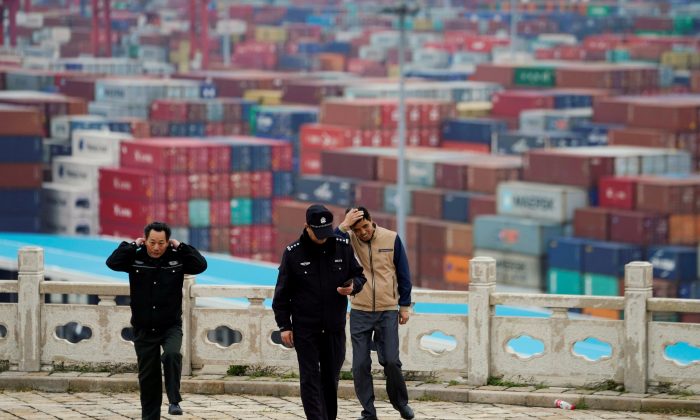 Explainer: What a Roll-Back of Trump Tariffs on Chinese Goods May Look Like

The latest bargaining chip in U.S.-China negotiations to cool a 16-month-old trade war is whether President Donald Trump would roll back tariffs on hundreds of billions of dollars’ worth of Chinese imports, and how soon.

The Trump administration began imposing the tariffs in July 2018 on industrial components and technology goods from China. After Beijing retaliated with higher duties on U.S. farm goods, Trump struck back with more tariffs—many already enacted, some still threatened—under which the vast majority of Chinese imports could be affected by the end of 2019.

As U.S. and Chinese negotiators close in on a “phase one” trade deal, expectations are rising that at least some of these tariffs will be removed.

China’s Commerce Ministry and a U.S. official said on Nov. 7 that a deal would include tariff rollbacks, but Trump undercut the idea after pushback from China hawks in his administration, saying he has not decided to do so.

Following is a look at current and planned U.S. tariffs on Chinese goods, listed in reverse chronological order. Trade experts say the most recent tariffs would be the likeliest to be removed.

The United States is scheduled to levy 15 percent tariffs on about $156 billion of Chinese products on Dec. 15, including cellphones, laptop computers, toys and clothing—known as “List 4B.”

People briefed on the trade talks say the United States has effectively agreed not to proceed with this round of tariffs as part of the phase one trade deal. A U.S. official has said the fate of these tariffs would be considered as part of the final negotiation over the deal’s text.

After an early October round of talks led to a White House handshake on the interim deal with Chinese Vice Premier Liu He, Trump decided not to proceed with an Oct. 15 increase on tariffs on about $250 billion worth of Chinese goods to 30 percent from the 25 percent rate already imposed.

If talks to complete the text for the phase one trade deal collapse, Trump could move to reimpose this increase. Affected goods range widely from industrial components and semiconductors to furniture and building materials.

Trump imposed these tariffs, and set the Dec. 15 duties in motion, after a late-July round of negotiations failed to result in a major increase of Chinese purchases of U.S. farm goods. The phase one trade deal now being discussed would roughly double such purchases from pre-trade-war levels over a period of time, according to U.S. Treasury Secretary Steven Mnuchin.

People familiar with the discussions say that China has asked for these Sept. 1 tariffs to be removed as part of the deal and the request is being considered.

On May 10, 2019, Trump increased tariffs on $200 billion worth of Chinese goods to 25 percent from 10 percent after China pulled back from a proposed deal that U.S. officials said was nearly completed.

The higher tariffs applied to nearly 6,000 products that were originally taxed in September 2018, from computer modems and routers to vacuum cleaners, lighting fixtures and furniture.

The U.S. trade representative’s office issued exclusions on hundreds of these products in September 2019, including some computer circuit boards, laminated wood flooring and dog collars.

Trump imposed tariffs on a $200 billion list of Chinese imports on Sept. 24, 2018, after Beijing retaliated against an initial U.S. volley of tariffs with its own duties on American farm products and manufactured goods.

This list of product tariffs, and the two previous lists below, may be the least likely to be rolled back, trade experts and people familiar with the talks say, adding that keeping some tariffs in place would maintain leverage over China for future negotiations. Trump has said he will not do a complete rollback of tariffs on Chinese goods.

The first U.S. tariffs on Chinese imports imposed in the summer of 2018 covered $50 billion of Chinese goods considered core to U.S. “Section 301” allegations that China systematically steals and forces the transfer of American intellectual property to Chinese firms.

These initial lists were composed primarily of Chinese-made industrial components, machinery, semiconductors and other non-consumer goods aimed at inflicting pain on Chinese exporters while minimizing the impact on U.S. manufacturers.

By David Lawder and Heather Timmons