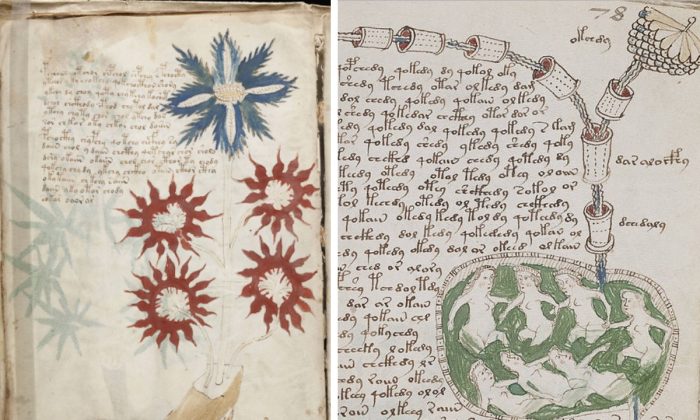 A historian recently decoded a 15th-century manuscript that’s considered to be the world’s most mysterious text. Researchers, however, say humanity is still in dark about its meaning. They are questioning the recent decrypting, with one even calling it “self-fulfilling nonsense.”

The Voynich manuscript is a strangely illustrated 234-page-long manuscript that was first discovered in the 19th century. It has perplexed historians and cryptographers ever since.

It’s named so because it was purchased in 1912 from Villa Mondragone, Rome, by a Polish antiquarian book dealer named Wilfred Voynich. It is kept at the Beinecke Rare Book and Manuscript Library at Yale University, according to Boston Globe.

The Voynich manuscript, a famously mysterious medieval text, has been decoded. Or has it?https://t.co/sumAoDTnlM

Dr. Gerard Cheshire, an honorary research associate at the University of Bristol, recently made the news for decrypting the “alien code.”

In a research abstract published in the double-blind peer-reviewed literature and culture journal Romance Studies, Cheshire said that the manuscript uses an extinct language.

“Unbeknown to the scholarly community, the manuscript was written in an extinct and hitherto unrecorded language as well as using an unknown writing system and with no punctuation marks, thereby making the problem triply difficult to solve,” the researcher said.

Cheshire said he found the solution for the manuscript’s decryption by “employing an innovative and independent technique of thought experiment.”

The researcher said the manuscript talks about: “Herbal remedies, therapeutic bathing, and astrological readings concerning matters of the female mind, of the body, of reproduction, of parenting and of the heart in accordance with the Catholic and Roman pagan religious beliefs of Mediterranean Europeans during the late Medieval period.”

Some other experts don’t agree with Cheshire’s decoding. Lisa Fagin Davis, executive director of the Medieval Academy of America, called the research aspirational.

“Sorry, folks, ‘proto-Romance language’ is not a thing. This is just more aspirational, circular, self-fulfilling nonsense,” Davis said in a Tweet.

Medieval Academy of America is a 3500 member organization that supports researches who study Medieval Ages.

Davis also pointed out the flaws in Cheshire approach to Boston Globe.

“By the time you get to the 15th century, there’s absolutely no evidence that anyone was speaking vulgar Latin or proto-Romance. All the Romance languages were clearly developed,” she said.

The problem is that you can’t talk about proto-Romance in the late Middle Ages or the way he’s defining it. By the time the Voynich was written, “proto-Romance” Latin was long gone.

Davis says that Cheshire replaced the unique letters of the script with Latin alphabet characters used today. “His method for doing that has no logic to it. It feels random,” she said.

Davis told The Boston Globe that recently, linguists are researching to find out if Voynichese is linked to old Turkish.

She said: “A lot of people believe that they have translated a word or they have interpreted a picture, but no one has ever come up with a unified Voynich theory that explains the text, images, history, and structure of the manuscript.

“You need something that correctly accounts for all those elements in a consistent and reproducible way.”

The University of Bristol has also distanced itself from Cheshire’s work. In a statement published on its website, the University said that it had removed a report on the research article from its website as it moves to address the concerns raised.

“Following media coverage, concerns have been raised about the validity of this research from academics in the fields of linguistics and medieval studies. We take such concerns very seriously and have therefore removed the story regarding this research from our website to seek further validation and allow further discussions both internally and with the journal concerned,” the University said.