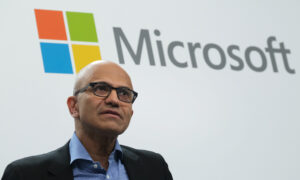 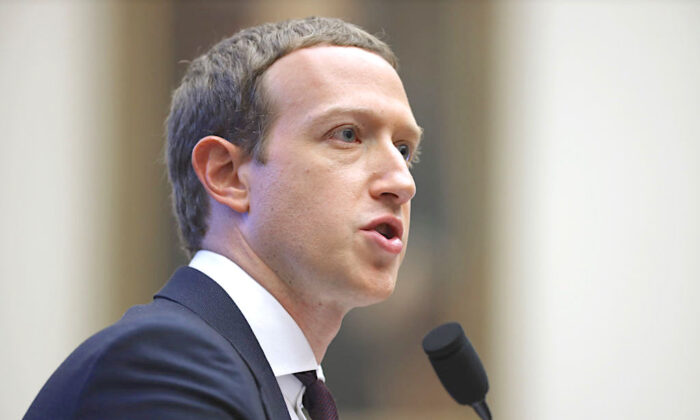 An Australian expert says it is “inconceivable” that Facebook accidentally restricted the pages of critical government departments, emergency services, and non-profit organisations when it implemented a ban on all news content from its platform in Australia.

“Facebook hires some of the brightest and best in terms of algorithm design and software engineering,” Associate Professor Rob Nicolls, a competition law expert, told The Epoch Times on Feb. 18.

“It is inconceivable to me that such a group would be unable to code the difference between a children’s cancer charity and a News Corp newspaper,” he said.

In fact, when Facebook released a statement, it shifted the blame to the government’s drafted legislation.

“As the law does not provide clear guidance on the definition of news content, we have taken a broad definition in order to respect the law as drafted,” it’s statement read. “However, we will reverse any pages that are inadvertently impacted.”

The social media giant’s move sparked a political backlash in Australia and has reverberated around the world.

Extremely concerning to find this morning that @StVincentsMelb’s Facebook page has been blocked – this during a pandemic and on the eve of crucial COVID vaccine distribution. We hope this situation can be rectified very shortly.

Nicholls says Facebook is carrying out a threat it made last year to pull news content from its platform, in response to the Morrison government’s impending News Media Bargaining Code.

“However, it has gone about it in a way that suggests either technological ineptitude of the highest order, or a deliberate decision to block government health information (in the middle of a pandemic), cancer charities, helplines, and domestic violence support services,” Nicholls said.

Prime Minister Scott Morrison said Australia will not be intimidated by Facebook trying to pressure the government as it votes on the News Media Bargaining Code.

“Facebook’s actions to unfriend Australia today, cutting off essential information services on health and emergency services, were as arrogant as they were disappointing. I am in regular contact with the leaders of other nations on these issues,” Morrison said in a statement on Facebook.

“These actions will only confirm the concerns that an increasing number of countries are expressing about the behaviour of BigTech companies who think they are bigger than governments and that the rules should not apply to them,” he said.

“They may be changing the world, but that doesn’t mean they run it,” he added.

The prime minister encouraged Facebook to work with the government in good faith, as Google has done.

Labor Uses It to Attack the Morrison Govt

The ban has triggered Federal Opposition Treasurer Jim Chalmers to blame the government for Facebook’s actions.

“It will have consequences for all those people who rely on Facebook to get their news, credible news from credible sources,” Chalmers told reporters on Thursday morning.

“This is a mess of the government’s making. It is up to the government to tell us what has gone on here and what they are doing to fix it,” he added.

The prime minister and treasurer, meanwhile, have stood firm behind the new media payment law.

“Facebook was wrong. Facebook’s actions were unnecessary, they were heavy-handed, and they will damage its reputation here in Australia,” Treasurer Josh Frydenberg told reporters in Canberra.

The News Media Bargaining Code legislates a framework for eligible Australian news companies to enter negotiations with Google and Facebook for payment of their content.

Google and Facebook resisted the new law initially and both threatened to remove Australian news content from their feeds. Google even upped the ante saying it would consider removing their search engine from the country altogether.

However, Google has since come to the table and has signed three high-profile deals with News Corp, Seven West Media, and Nine Entertainment in less than a week.

Facebook remained quiet until this morning when it triggered the ban, catching even the treasurer by surprise.

“The structure of Facebook, where Zuckerberg’s shareholding has significantly more voting weight than ordinary stockholders, is likely to mean that Zuckerberg’s views weigh more heavily than the decisions that would come from a traditional board structure motivated by directors’ fiduciary duties to shareholders,” he said.

Zuckerberg is one of the few remaining Big Tech founders still holding the most senior executive position at his company. The founders of Microsoft, Google, Apple, and Amazon have mostly stepped down from their roles.

Facebook’s actions in Australia could also serve as a warning shot to U.S. and European regulators, where the tech giant is also contending with major regulatory pressure.

“The first is its position in respect of the European Union copyright directive. The second is the antitrust action taking place in the U.S. Essentially, the action taken by Facebook in Australia is a ‘shot over the bow’ in respect of other markets which are much more important to Facebook,” Nicholls said.

The code is making its way through Parliament and is expected to be legislated in a week.

The process has been watched closely around the world, with Canadian authorities considering emulating the law, which has so far yielded a more significant return for Australian media than a deal struck by French publishers.

Over 121 French news outlets agreed to a three-year US$76 million deal with Google in early February.