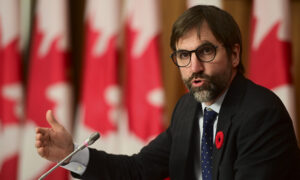 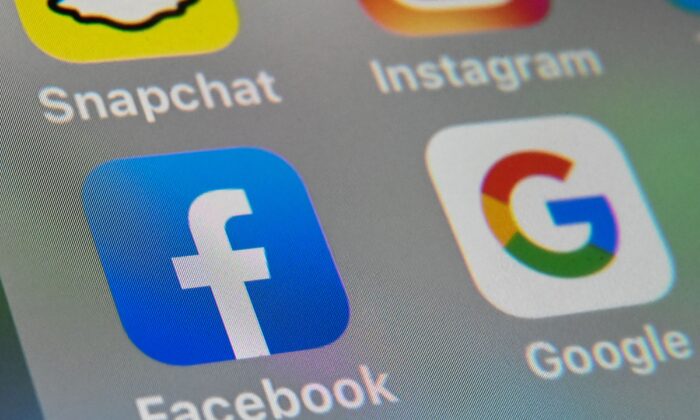 The logos of mobile apps Facebook and Google on a tablet in Lille, France, on Oct. 1, 2019. (Denis Charlet/AFP/Getty Images)
Canada

Heritage Minister Steven Guilbeault said the federal government will continue to push for legislation that would make major tech companies pay news outlets for posting content on their platform, even in cases of voluntary agreements like Google’s News Showcase.

News Showcase provides a licensing program that pays publishers to curate content on story panels that appear on Google’s services. In February, Google launched the program in Australia and the UK.

“If Google wants to enter into business agreements with newspapers, it’s totally legitimate for them to do that and vice versa,” Guilbeault told the National Post.

However, the Liberal government wants to establish a blanket compensation system that covers “as much of the media sector as possible,” rather than just the companies that voluntarily enter into deals with tech giants.

Guilbeault said while some companies have partnered with News Showcase, “those same media entities are calling on me to act and table legislation.”

“They too believe we should have a robust system that is not contingent on what Google may or may not want to do,” he said.

In October 2020, Google announced it would pay $1 billion to publishers for curating content for News Showcase, which included a partnership with Canadian publisher Narcity Media and Village Media.

Google spokesperson Lauren Skelly told the National Post that News Showcase “is not currently live in Canada,” but the company is in “active conversations with other Canadian publishers.”

Daniel Bernhard, executive director for the advocacy group Friends of Canadian Broadcasting, told the National Post that he believes Google is “clearly trying to pre-empt” rules that would require them to pay “a higher, fairer price to more people.”

He noted the News Showcase program is also “predicted on content that keeps the user inside the Google ecosystem, where they can continue to generate data for Google.”

Canada can look to France and Australia, on the path to develop its own model for news compensation. In France, the approach is based on copyright law, while Australia has proposed legislation that would force both Google and Facebook to pay publishers for content posted on their services. Both Google and Facebook have threatened to pull part of its services from Australia if the bill becomes law.

“No matter how appealing the French to some or the Australian to others models may seem, we have our own sets of laws, regulations, institutions, practices that are different, so we can’t just import a model,” Guilbeault said.

He noted that the Australian system is based on a regulator that doesn’t exist in Canada, while the French approach would have to account for Canadian copyright laws and international agreements like the United States–Mexico–Canada Agreement.

The legislation for compensating news outlets is only a part of the Liberal government’s multi-pronged plan to regulate tech giants. In November 2020, Guilbeault introduced Bill C-10 which established the Canadian Radio-television and Telecommunications Commission to enforce Canadian content and contribution rules on streaming services. He has also promised a new legislation to curb online “hate speech.”

The government also expects to bring in more than $4.5 billion in new taxes on tech giants, and will impose sales tax on foreign digital services starting on July 1, 2021. The Parliamentary Budget Officer estimated Wednesday that measure will bring in $1.34 billion over five years, reported the National Post.

However, rights groups are growingly concerned about the legislations encroach on Canadian’s freedom of speech on the internet.

With files from Jack Phillips and Daniel Y. Teng