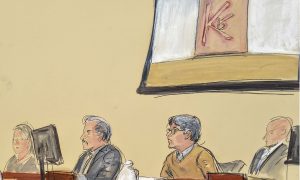 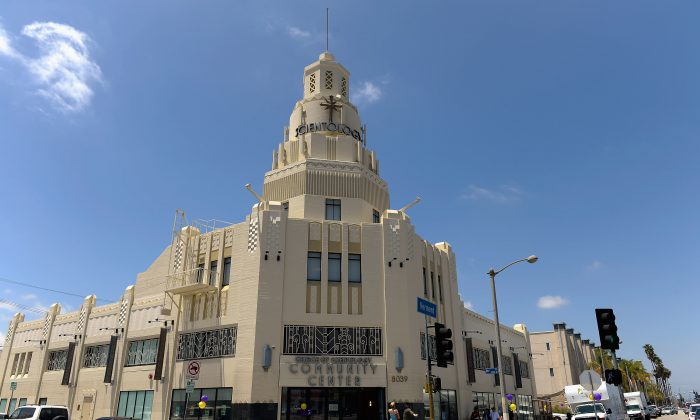 General view of the Church of Scientology community center in the neighborhood of South Los Angeles, California, on June 5, 2013. (Kevork Djansezian/Getty Images)
US News

A lawsuit filed this week against the Church of Scientology International (CSI) and its leader, David Miscavige, detailed multiple allegations of abuses from human trafficking to child abuse, as a legal expert told The Epoch Times about the parallels between the new complaint and that of the NXIVM case.

A defector from CSI—a woman referred to only as Jane Doe—accused the organization of a lifelong pattern of harassment and abuse from when she was born into the church in 1979 to Scientologist parents. She claimed the CSI went after her when she escaped and began producing and starring in a documentary series titled “Leah Remini: Scientology and the Aftermath.”

According to court documents, at age 15, the woman became a member of “Sea Org,” a sub-organization of Scientology that was “military-like in its operation.” In Sea Org, members allegedly worked an average of 100 hours a week, with children getting paid $15 a week and adults $46.

The complaint alleges that the subgroup is a form of “organized labor trafficking where members are forced into difficult labor conditions and paid a small amount that makes it difficult for them to break free.”

Cathleen Mann, a court-qualified expert witness who has testified in more than 40 separate cult cases, told The Epoch Times there are multiple similarities between the Scientology complaint and that against NXIVM, whose leader, Keith Raniere, was recently found guilty of all counts by a federal jury.

Raniere was charged with seven criminal counts that included sex trafficking, forced labor conspiracy, and racketeering. Prosecutors say he was the “highest master” of a secret society within NXIVM known as DOS, in which he made other members—all women—have sex with him. NXIVM also went after members who defected.

“I do think there is a connection between the NXIVM case and the lawsuit that was just filed. The language in the complaint is very similar to the charges against NXIVM,” Mann told The Epoch Times. “The allegations are the same—kidnapping, abuse, financial abuse, harassment.”

Mann said another parallel is the timing of the lawsuit against CSI and “the sense that they are filing it so quickly after this NXIVM case.” She described how the complaint’s emphasis on kidnapping had some resemblance to NXIVM, where members struggled to leave.

Lawyers representing the plaintiff couldn’t be reached by The Epoch Times for comment about whether they had borrowed from NXIVM’s prosecution in their complaint. The woman is seeking unspecified damages for the abuse she allegedly suffered.

Mann also noted that “Scientology has an awful lot more resources than NXIVM does” and that most of the cases against the organization “drag out for 10 or 12 years.” There have been allegations of wrongdoing against Scientology for decades.

“What’s happened in the past with cases like this is that the [Church of Scientology] settles out of court, so they probably are trying to prevent it from being heard in the open court. [That] would be my prediction,” she said.

Mann said the verdict against NXIVM’s leader could spur on new avenues against prosecuting cults but that there were still limitations. She noted the jury in NXIVM’s case did not really “deliberate on cults” but more on the child sex accusations and human trafficking.

“There might be more cases, but its an issue of money,” she said. “These cases drag out for a very long time.”

According to the complaint, the unidentified woman was subjected to a strict schedule that involved working and cleaning from 8 a.m. until midnight.

She was subject to a procedure dubbed “auditing,” a “Scientology interrogation and indoctrination procedure,” in which, from a young age, she was told not to say anything publicly about CSI or to question its practices. She also couldn’t contact the police or government agencies because they were “enemies” of Scientology.

According to the suit, the defendants forced her to work with “virtually not a single day off” from the age of 15 until she finally escaped in 2017. She said that throughout the majority of her life at CSI, she was abused “verbally, physically, and psychologically.”

After she escaped, she soon started working for Remini, a former CSI member who also fled before becoming an outspoken critic of the organization. After the plaintiff appeared on the documentary, she said the church published a “hate website” to smear her. The page was used to “disseminate false, defamatory, and inflammatory information” aimed at ruining her reputation. The defendants also allegedly stalked and harassed her.

Representatives of CSI didn’t respond to a request for comment, but in a statement to the Hollywood Reporter, they claimed the suit is “another shameful publicity stunt by Leah Remini and one of her employees,” adding that they hadn’t received the complaint.